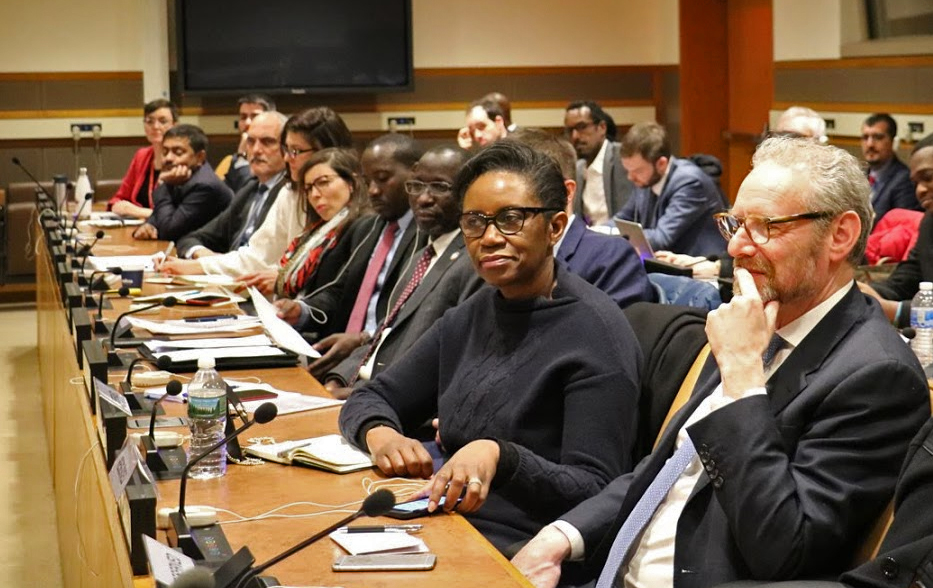 ABOVE: WDC President Stephane Fischler (right) and WDC Executive Director Marie-Chantal Kaninda (second from right) during the special EU-organized meeting examining the Kimberley Process, held on February 28, 2019, the day before the conflict diamond session of the UN General Assembly.

The World Diamond Council has welcomed the adoption of a resolution by the United Nations General Assembly (UNGA) on March 1, which calls for a strengthening of the Kimberley Process (KP), to more effectively sever the link between the illicit transaction of rough diamonds and armed conflict, thereby contributing to the maintenance of international peace and, in particular, security and sustainable development in artisanal diamond-mining regions. The resolution, which was proposed by the European Union (EU), was ratified by consensus by the members of the 193-member UNGA body.

“We are most heartened by the adoption of the resolution by the UNGA, not only because it echoes the call for reform that we advocated together with civil society at the most recent KP Plenary Meeting in Brussels, but also because it was passed with the support of all United Nations member countries, including those in whose territories diamonds are mined, processed, traded and sold in jewelry,” said WDC President Stephane Fischler. “We strongly hope that this across-the-board commitment to the continuous improvement in the integrity of the global rough diamond supply chain by all these nations will be repeated in the Kimberley Process forum over the course of this year.”

The resolution passed during the United Nations General Assembly’s 73rd Session expressly referenced discussions taking place in the Kimberley Process’ Ad Hoc Committee on Review and Reform, which is examining proposals supported by the WDC. Among these are the strengthening of the KP’s peer review mechanism, the establishment of a permanent KP Secretariat, and the broadening of the scope of the Kimberley Process, which the WDC and civil society have insisted requires the expansion of the definition of “conflict diamonds,” to include all forms of systemic violence in the diamond-mining areas. The UNGA resolution noted “initiatives put forward by participants, as well as joint initiatives by industry and by civil society as elements of a strengthened Kimberley Process…”

Mr. Fischler emphasized the inexorable link that the UNGA resolution made between the conflict-prevention role of the Kimberley Process and the United Nations’ 2030 Agenda for Sustainable Development and the Sustainable Development Goals. “It underscored our deeply-held belief that the KP’s role is not only defensive, but it is also proactive, in that it is a catalyst for creating societies with sustainable economic opportunities, where benefits are shared by all stakeholders, regardless of race or gender,” he stated.

“The industrialized diamond mining sector, which produces 85 percent of rough diamonds in terms of volume and 95 percent in terms of value, already invests hundreds of millions of dollars per annum, both directly and indirectly, in the development of economies and communities in the countries in which it is active. By eliminating the destabilizing factors that inherently exist in places plagued by systemic violence, a strengthened Kimberley Process will be a critical element in ensuring that similar contributions can take place in countries where artisanal mining is dominant. The diamond industry’s capacity to serve as a nation builder must come to be considered an integral part of the diamond’s value proposition,” Mr. Fischler said. 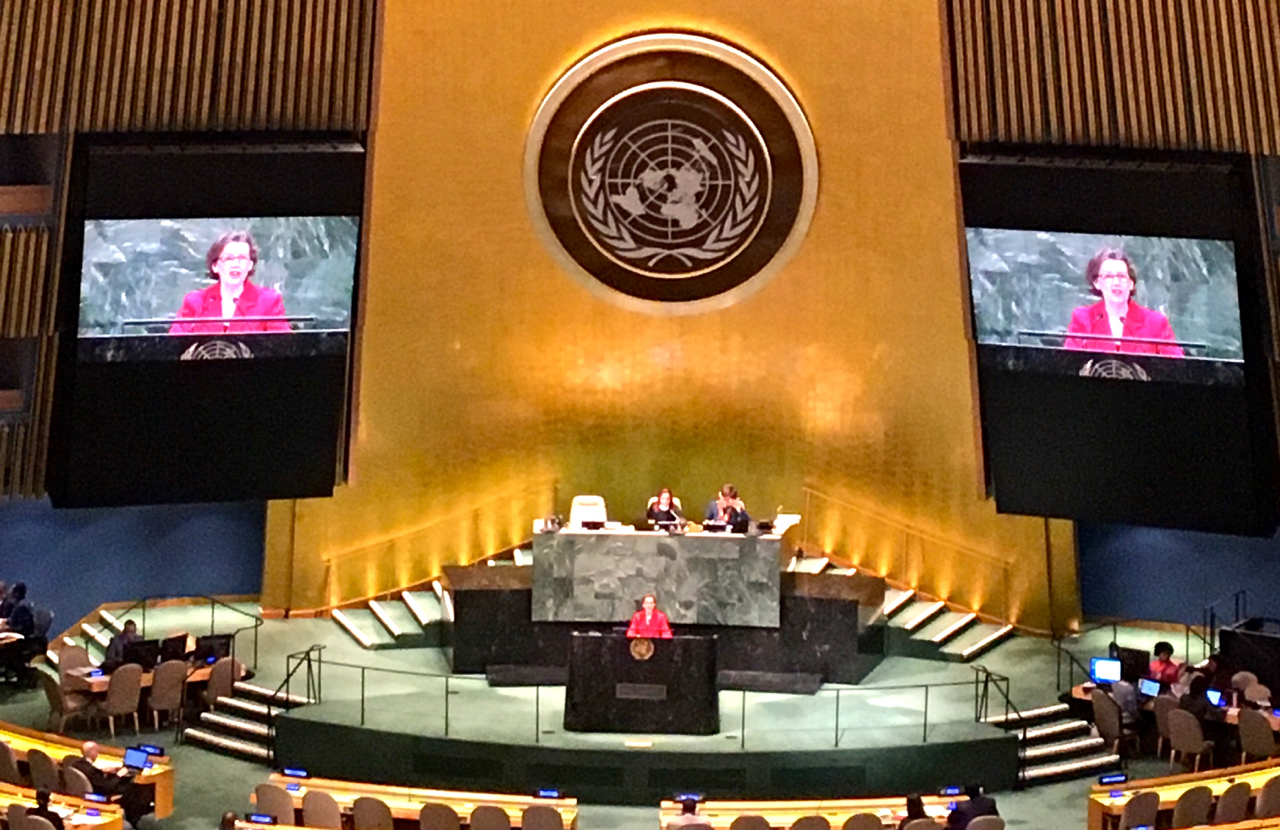 The WDC President thanked the European Union for its efforts in formulating and ensuring the successful adoption of the UNGA resolution, and he expressed the WDC’s hope that the expressions of commitment articulated during the debate ahead of the vote on March 1 signals the increased participation by the international body in the work of the Kimberley Process.

On February 28, Mr. Fischler was a featured speaker during a special meeting organized by the EU as part of the UNGA’s 73rd Session, entitled “From blood diamonds to peace diamonds: conflict prevention through the Kimberley Process.” Noting the effectiveness of the KP in helping eliminate the trade in diamonds being used to finance civil war, he nonetheless said that the system has been ineffective to date in reducing other forms of systemic violence.

“I will be blunt,” the WDC President told the special meeting. “Thus far the KP has failed to properly stem the incidence of ‘systemic violence,’ nor to reduce the tenuousness of stability in artisanal mining communities and the lack of development opportunities. However, with the KP currently in the final year of its review and reform cycle, it today has a unique opportunity to prove its potential of relieving millions of artisanal miners and their families, of the predicament they currently face.”

“[I]t is up to the UN and the KP member states to assure the future relevance of the Kimberley Process,” Mr. Fischler continued. “Standing before this assembly today I can assure you of my colleague’s support in heeding the call of the millions of artisanal miners, their families and communities that they finally share the same security and opportunities enjoyed by other members of our diamond industry, and so be able to provide their own countries, which are often in dire need of long-term development, with a more sustained income.”

To download the full speech by the WDC President to the special UNGA meeting in New York on February 28, 2019, PLEASE CLICK HERE.

The special EU-organized meeting examining the Kimberley Process, held on February 28, 2019,in session.