AS KP FALLS SHORT OF CONSENSUS ON NEW ‘CONFLICT DIAMONDS’ DEFINITION, WDC’S REVISED SYSTEM OF WARRANTIES STEPS IN TO FILL THE GAP

ABOVE: Stephane Fischler, WDC President, addressing the closing session of the KP Plenary Meeting on November 22, 2019.

At the Kimberley Process (KP) Plenary at the Pullman Hotel in New Delhi on November 22, 2019, compromise among members on a new definition for “conflict diamonds” seemed tantalizingly close.

But, as it turned out, not close enough. Decisions in the KP can only be greenlighted by across-the-board agreement by all voting government members, and this proved to be unachievable.

The statement released soon after the meeting by the KP Chair was concise and to the point: “The Plenary recalls the extensive work undertaken in the context of the Ad Hoc Committee on Review and Reform (AHCRR) on how to strengthen the scope of Kimberley Process in the core document, and welcomes the in-depth discussions that took place on how best to capture the evolving nature of conflict and actors involved in conflict, on the importance of capacity building and mutual support, and on the positive contribution of the rough diamonds to prosperity, social and economic development. The Plenary noted that no consensus could be found on an updated conflict diamond definition.”

It was an anti-climactic finale to the three-year review and reform process, which had begun at the end of 2016. The conflict diamond definition, which has not been changed ever since the Kimberley Process Certification Scheme (KPCS) was launched almost 17 years ago, was almost certainly the most intractable issue being discussed. 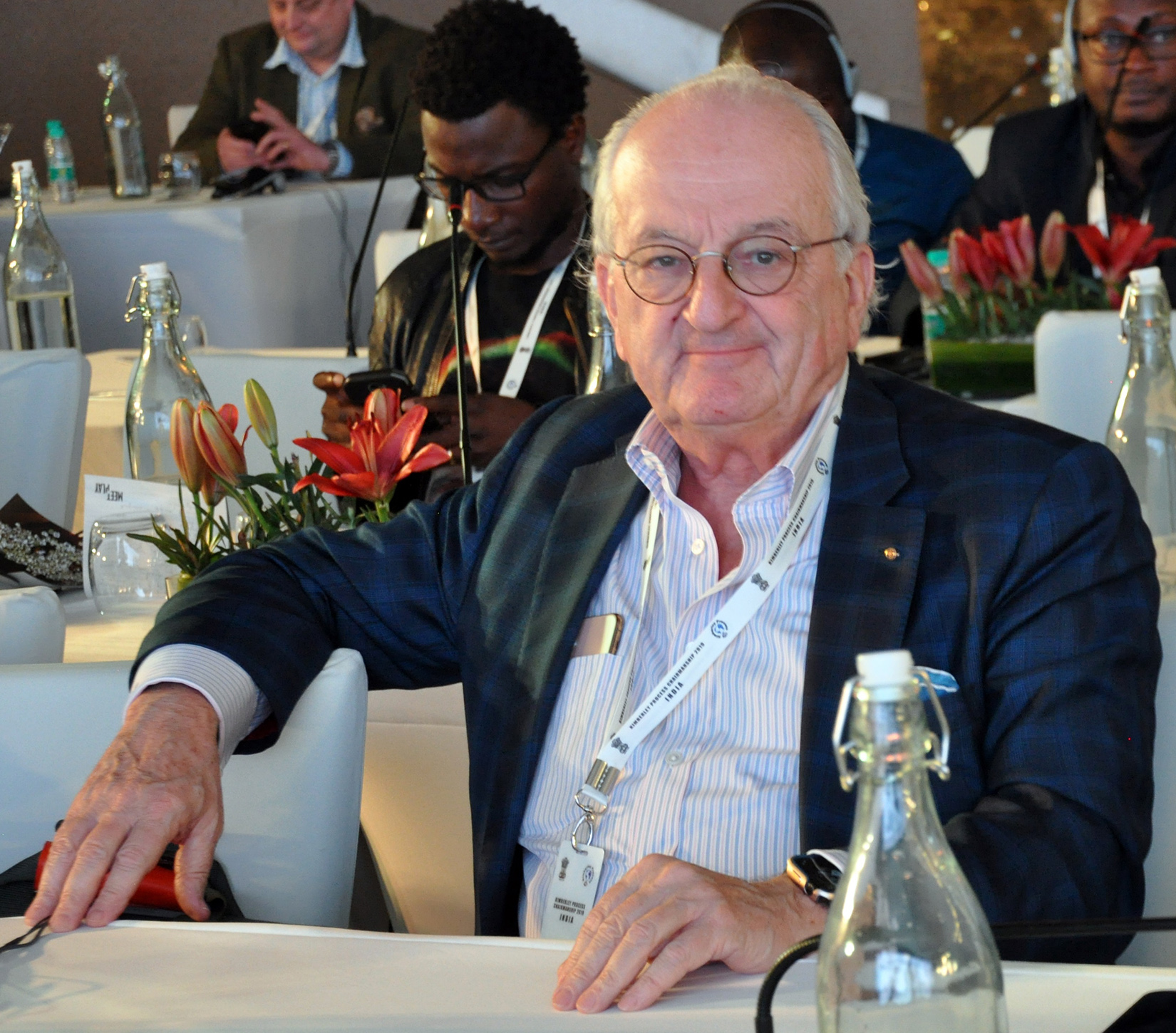 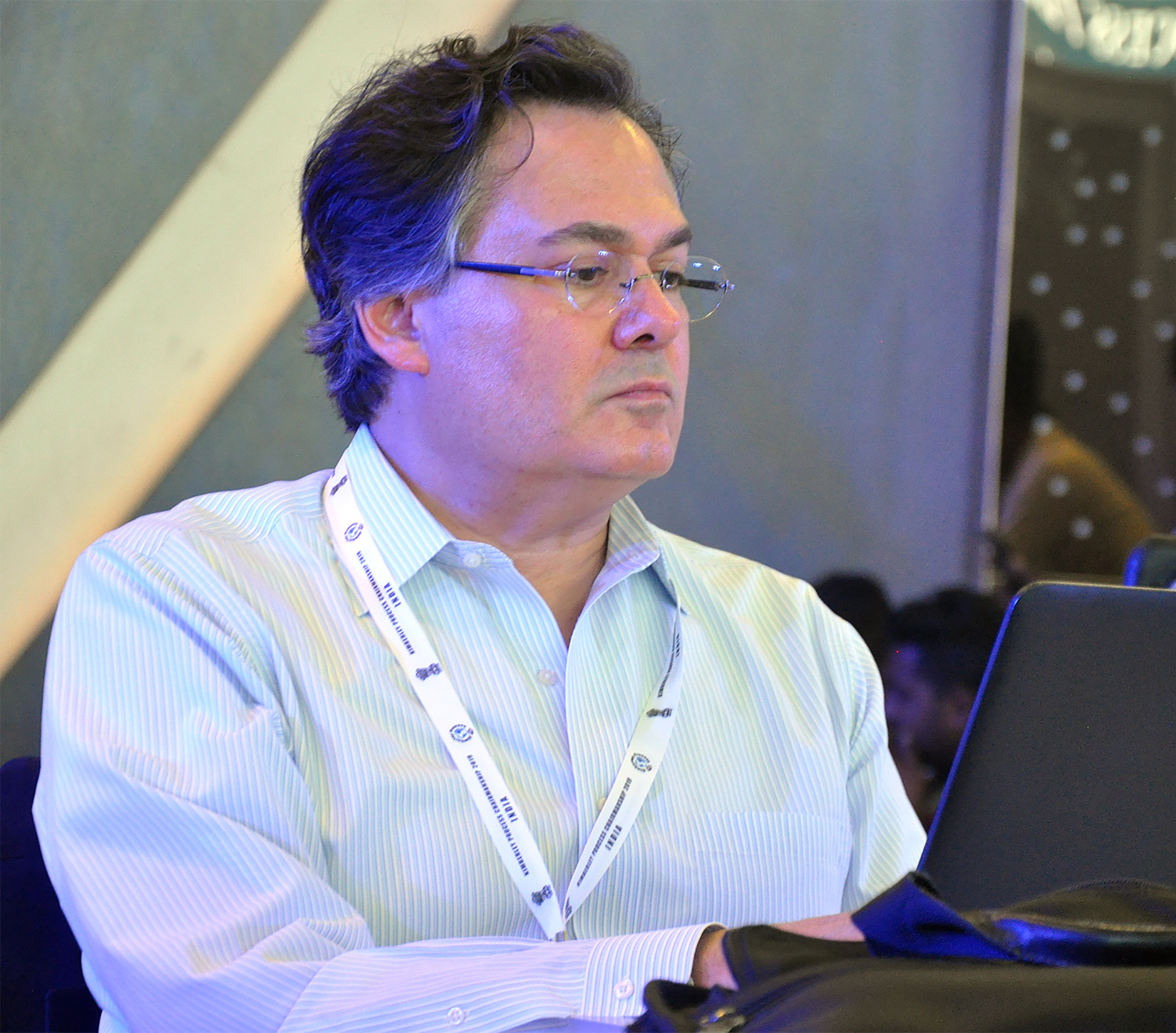 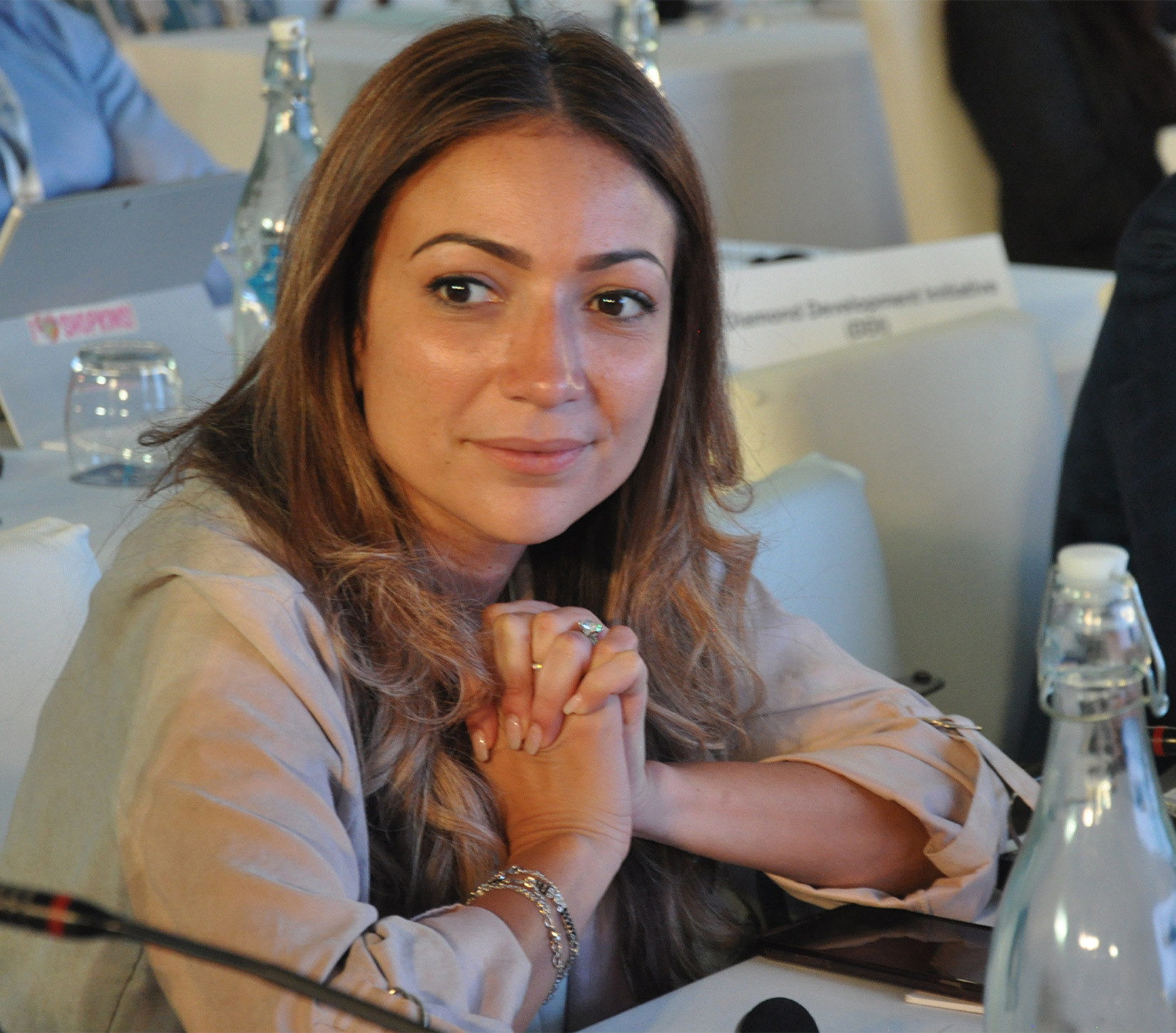 Feriel Zerouki, Senior Vice President of International Relations and Ethical Initiatives at the De Beers Group of Companies, and a WDC Board Member.

Proponents for a strengthened scope for the Kimberley Process, the World Diamond Council (WDC) among them, argued that the KP’s criteria for defining conflict diamonds, which limits them to being rough stones being used to finance civil uprisings by rebel groups against legitimate governments, is not as pertinent today as it was 2003.

For its part the WDC had formulated a proposal together with the Civil Society Coalition, which was tabled by Canada in 2018, suggesting that conflict diamonds also include rough stones associated with acts of grave violence carried out by both state and privately-run security forces, as well as criminal elements. Other proposals were later tabled by Russia and Botswana. None made it across the finish line.

Speaking to the Plenary Meeting after it was clear that no last-minute compromise on a new definition would be obtained, WDC President Stephane Fischler said that industry would not give up the fight to strengthen the KP’s scope.

“Even today, with the review and reform process concluded, we have no intention of withdrawing from that campaign, both within the forum of the Kimberley Process and independently,” he stated.

The KPCS, Mr. Fischler said, is considered by the WDC to be a foundation stone upon which the industry operates. “As we have said many times over the past several years, it is an extraordinary system, which not only stemmed the flow of conflict diamonds to a mere fraction of what it was before, but it helped bring about the end of a number of civil wars, saving many lives in the process. We recognize that, and do not want to turn our back on it.”

The KP is a unique forum, bringing together representatives of producing and consuming countries, as well as industry and civil society, the WDC President explained. Change within the organization can only achieved through an ongoing dialogue between all the various parties, who often come to the table with greatly different perspectives. The process can be painstakingly slow, but it has repeatedly proven its ability to create common ground.

“We should always remember that the KPCS is a conflict prevention mechanism that is only effective because it is accepted and enforced by the governments in all the various member countries and regions,” Mr. Fischler said. “The political process by which this is made possible is the KP, whose decision-making structure may seem cumbersome, but is nonetheless critical to achieving that sense of collective purpose and commitment.” 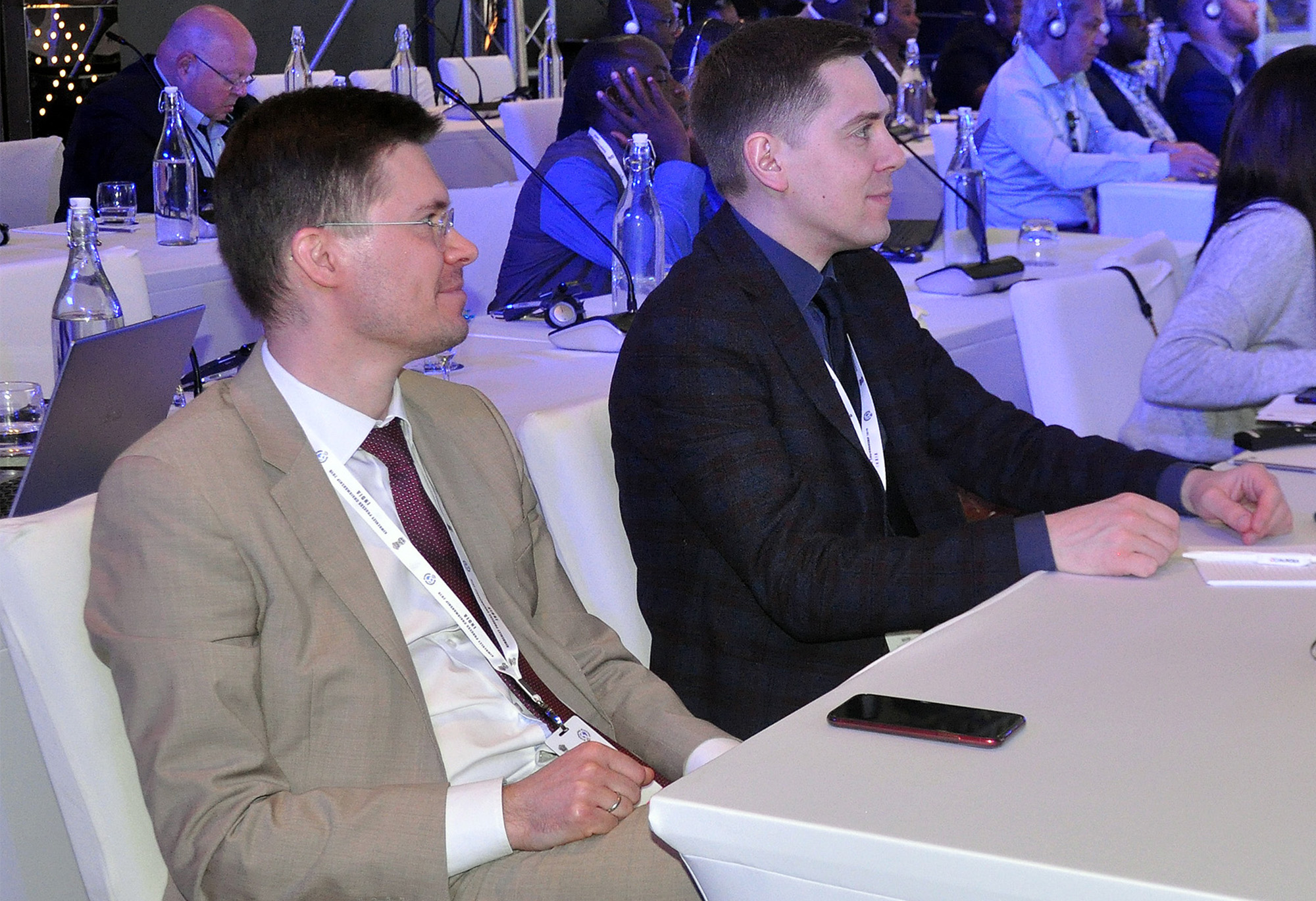 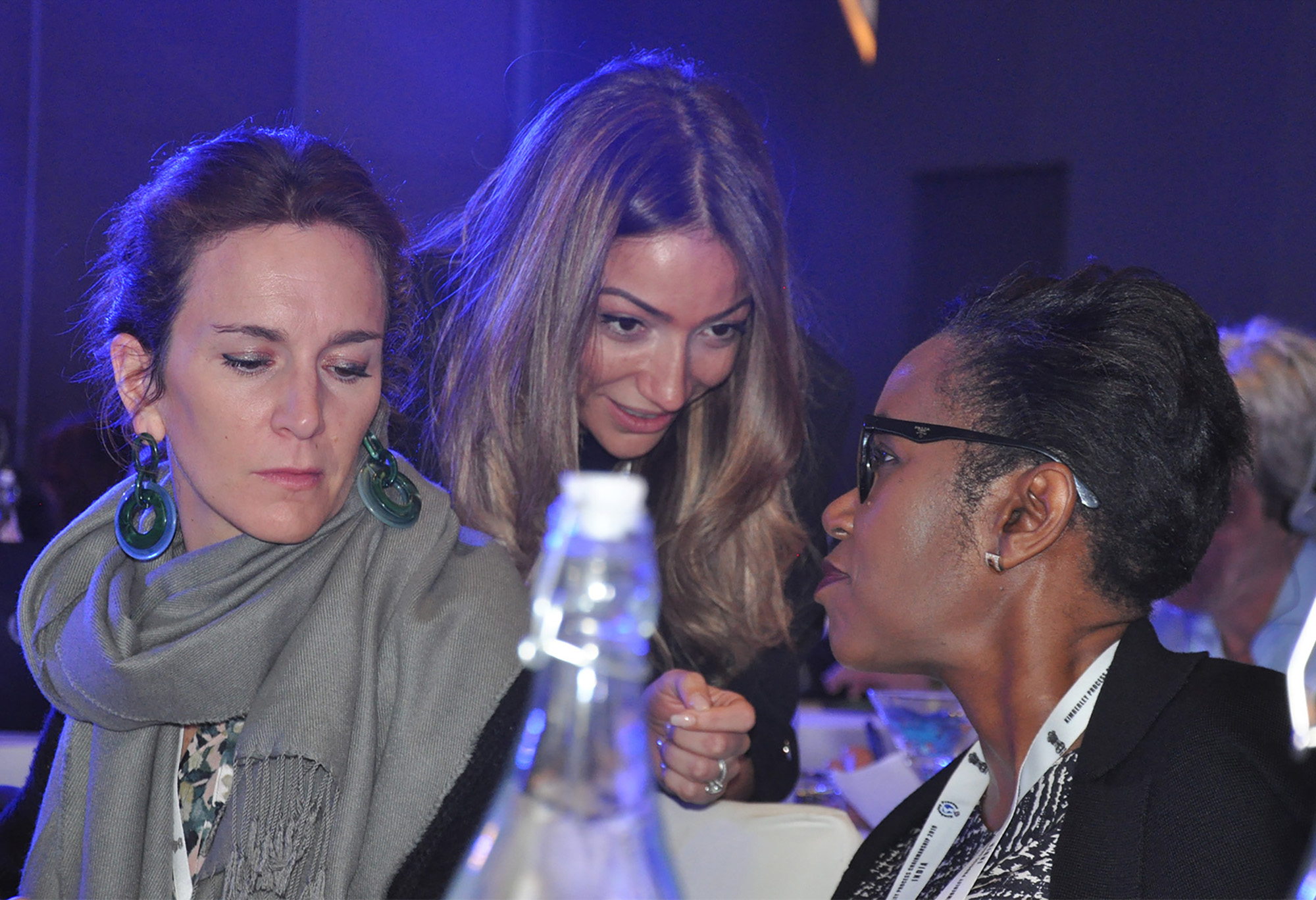 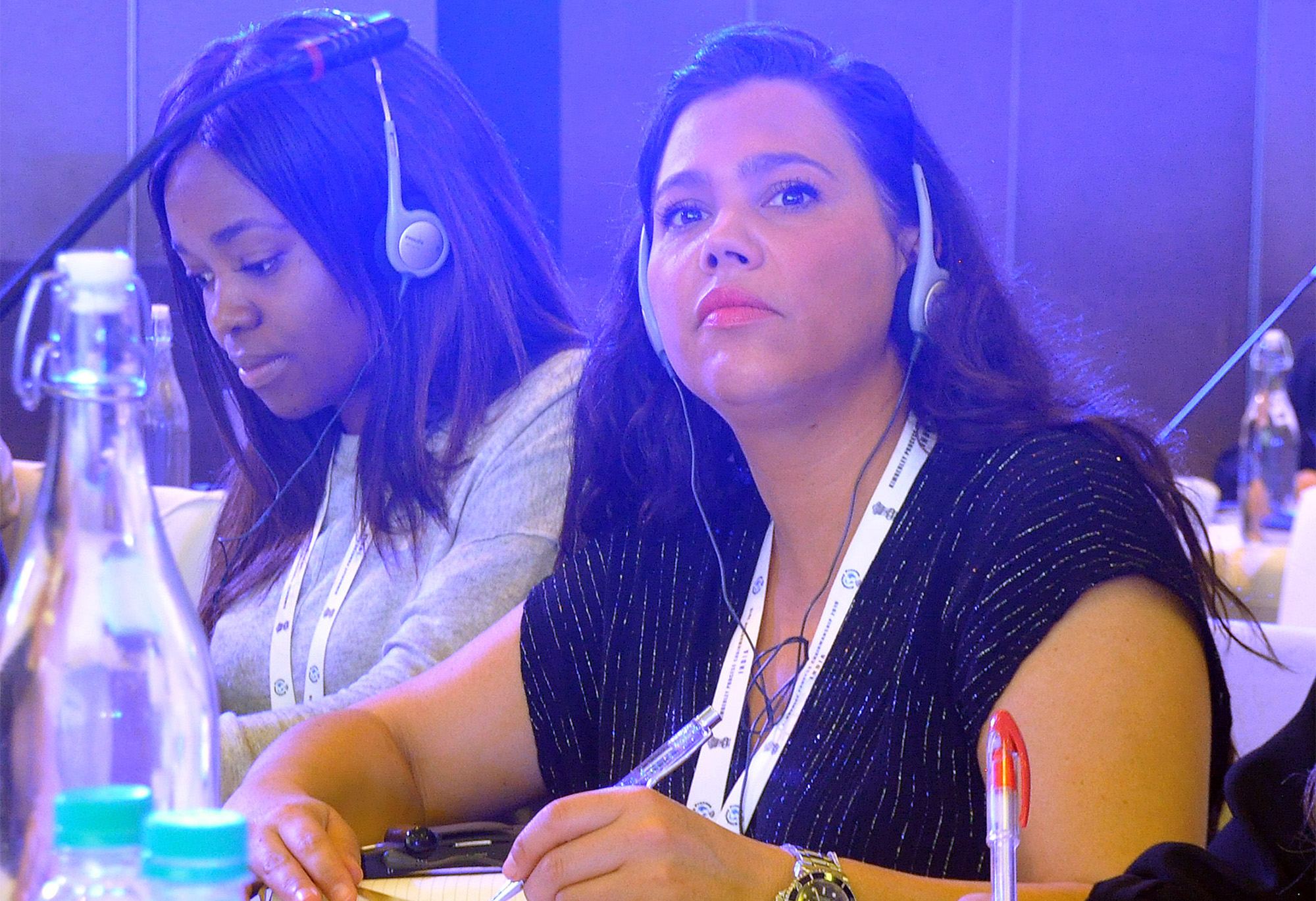 SYSTEM OF WARRANTIES GOES BEYOND SCOPE OF KPCS

Still, the WDC President told the Plenary Meeting, as things currently stand the KPCS is inadequately equipped to meet the challenges facing the diamond sector in 2019 on its own.

“We cannot wait another five years for the next review cycle and so we hope that continuous improvements will continue to be developed to complement the certification scheme,” Mr. Fischler told delegates during the closing session in New Delhi. Key among those is the WDC’s System of Warranties (SoW), which he pointed out already has formal status within the KPCS Core document, where it is recognized as facilitating full traceability of diamond transactions. by government authorities.

In 2018, 15 years after first being introduced, the SoW was strengthened substantially. Building on the original version, according to which professional traders of rough diamonds, polished diamonds and diamond jewelry are obliged to include a statement on the invoice or memo document that the diamonds being sold are in compliance with KP rules, the new version also requires a commitment by companies to adhere to WDC Guidelines. These expressly reference international conventions relating to human and labor rights, anti-corruption and anti-money laundering (AML).

“Adherence to the SoWs within the diamond industry is substantial,” Mr. Fischler said. “It is a requirement of membership of the two largest diamond industry associations – the World Federation of Diamond Bourses and the International Diamond Manufacturers Association – and is referenced in the Code of Practice of the Responsible Jewelry Council (RJC) and the Responsible Sourcing Blue Book of CIBJO, the World Jewelry Confederation.”

At the same time, he added, major diamond and jewelry corporations, including miners like the De Beers Group and ALROSA, and retailers like Signet and Tiffany, have introduced their own codes of practice, limiting access to their supply chains.

The inability of the KP to keep pace with developments in the industry and the marketplace could have unintended consequences, the WDC President said. Where a KPCS-certificate alone may not necessarily provide a rough diamond access to the entire market, because it no longer meets many in the trades’ minimum standards, a two tier-diamond market could be created.

“Those miners who are not part of the club, who are more likely be artisanal, will be severely disadvantaged, and may struggle to get a fair price or even reach the market,” he said.

“These are challenges that face all of us, because they are part of our community,” Mr. Fischler stated. “It our ability to meet those challenges, and so improve conditions on the ground, by which we will judged. As it has been demonstrated so effectively in the past, the Kimberley Process has the ability to achieve monumental tasks. Let us work together to keep its flame burning strongly. I can assure you that WDC will all that it can to make this happen.”