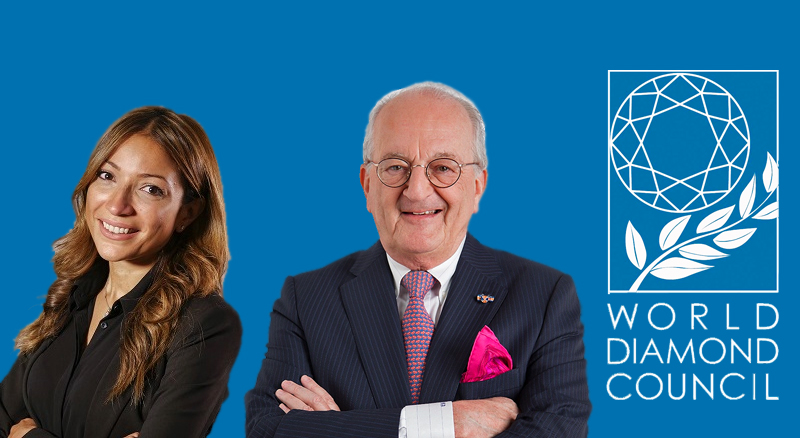 Meeting in a virtual session on June 5, 2020, the Board of Directors of the World Diamond Council has confirmed the organization’s  leadership team for the next two years, with Edward Asscher serving as the new President of the international organization charged with leading the diamond and jewelry industry’s effort to prevent conflict diamonds from entering the jewelry supply chain and with representing it in the tripartite Kimberley Process coalition.  Feriel Zerouki becomes the first woman to serve as WDC Vice President.

Having served for the past two years as the WDC Vice President, according to the WDC bylaws Mr. Asscher automatically assumed the President’s role from Stephane Fischler, who had served first as WDC’s Acting President, starting in 2017, and then for two years as President, beginning in 2018.

A member of one of the diamond industry and Amsterdam’s most well-known families, Mr. Asscher is serving a second term as WDC President, having held the role from 2014 to 2016.

Long involved in public life, Mr. Asscher has also served in functions outside of the diamond industry. He is past President of the Liberal Party in Amsterdam, and was elected as a Senator for the party in the Dutch parliament, serving in the upper house from 2007 to 2011.

Feriel Zerouki, who was elected to the post of WDC Vice President, is the Senior Vice President of International Relations & Ethical Initiatives at the De Beers Group.

Joining De Beers in 2005 as a supply-chain analyst at the Diamond Trading Company, in 2009, she was appointed Best Practice Principles Manager for De Beers, with responsibility for building and maintaining a streamlined social compliance program for the company. She was then appointed to Head of Government and Industry Relations in 2015 with the overarching objective of protecting the integrity of diamonds, the diamond supply chain and maintaining the integrity of De Beers and its commercial interests. She additionally serves as General Manager of De Beers’ GemFair initiative, which works to provide capacity-building opportunities to artisanal and small-scale miners, providing them a secure route to market for ethically-sourced diamonds, and she serves as Honorary Treasurer of the Responsible Jewellery Council.

Ms. Zerouki will become WDC President at the end of Mr. Asscher’s two-year term in 2022.

The WDC Board of Directors also confirmed the reelection of Ronnie Vanderlinden, President of the International Diamond Manufacturers Association (IDMA), as WDC Treasurer, and the appointment of Udi Sheintal as WDC Secretary.