A TRIBUTE TO STEPHANE FISCHLER:
GOING BEYOND THE CALL OF DUTY

It was in 1999 when Stephane Fischler introduced me to Ambassador Robert Fowler, Canada’s Permanent Representative to the United Nations. As his country’s delegate to the UN Security Council, he had been issuing reports on the violation of UN-imposed sanctions by the UNITA rebel movement in Angola.

It ultimately was the Fowler Report of March 14, 2000, which led to the creation of the Kimberley Process, and Stephane was among the first in our industry to understand the importance of the sanctions in ending the cycle of civil war in Africa, and well as the critical need to improve the living and working condition of artisanal miners on the continent.

Stephane was there and closely involved at the birth of the World Diamond Council (WDC), which was founded at the World Diamond Congress in Antwerp in 2000 by a joint decision of the International Diamond Manufacturers Association (IDMA) and the World Federation of Diamond Bourses (WFDB).

WDC is the only organization in the diamond industry which encompasses the whole supply chain, from the miners to the polishers, to the wholesalers and to the retailers, and also the service industries around them – banks, insurance companies, secured transportation and gemological laboratories. It makes the body unique in this industry and Stephane has always been part of it. 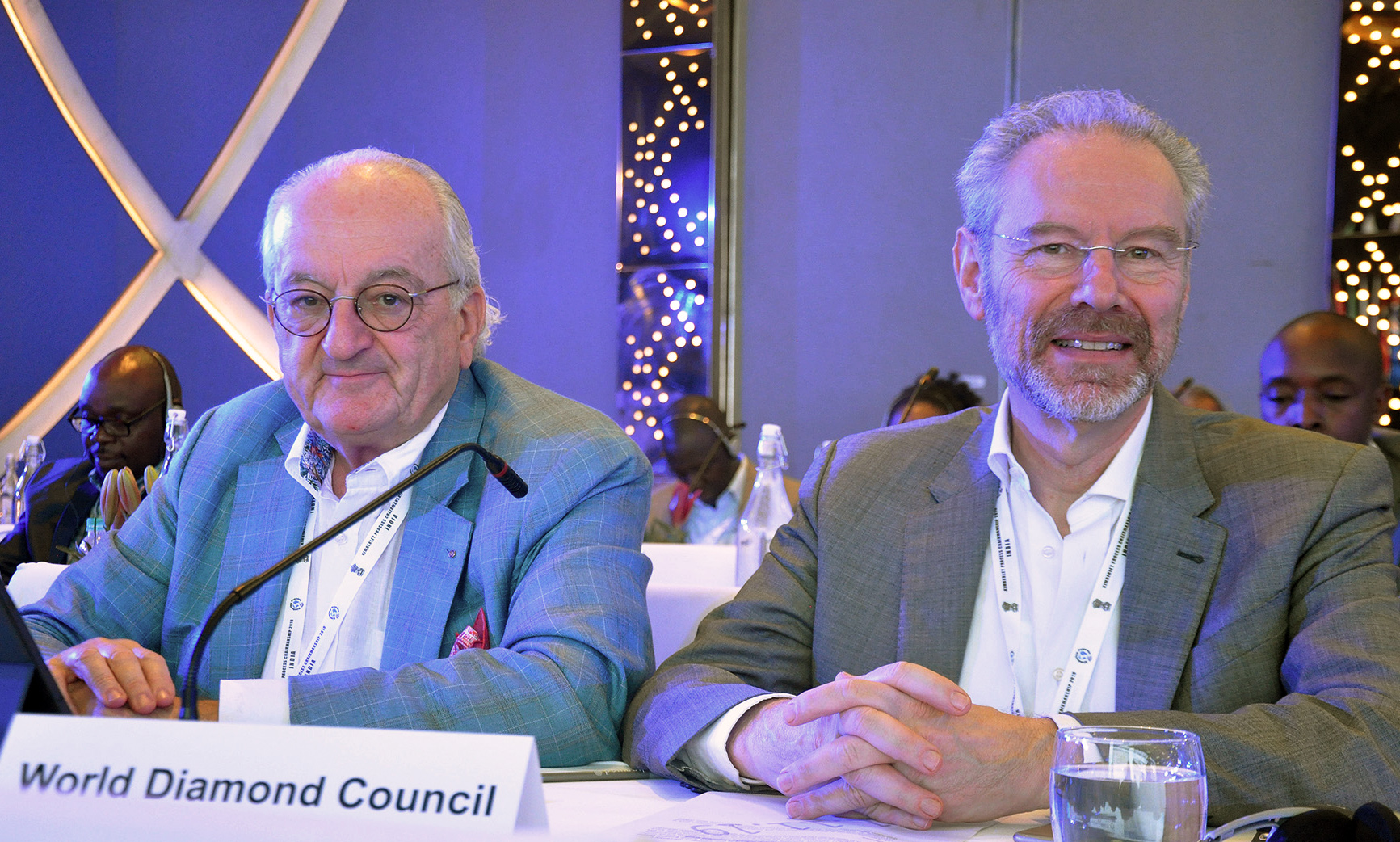 The incoming and outgoing presidents of the WDC, Edward Asscher (left) and Stephane Fischler, during the 2019 Kimberley Process Plenary Meeting in New Delhi, India, in November last year.

He was elected as WDC Vice President in 2016, when Andrey Polyakov became the president.

The following year, when Andrey had to leave, Stephane did not hesitate. He took over as acting president, and in 2018 began a full term as president, for a total of about three and half years.

Stephane traveled tirelessly all over the world to promote the WDC and the Kimberley Process. Above all, he used the KP’s recently completed three-year review process to promote the expansion of the definition of conflict diamonds. It was a complicated road to travel, as many countries, organizations and KP members have their own views on the related issues.

Stephane is a born diplomat, who was truly invested in the political and strategic aspects of the KP. He involved himself totally in the negotiation process, never forgetting the importance of all participants in the diamond industry, while employing his political skills.

Not only the WDC, but the whole diamond industry owes him a great thank you.