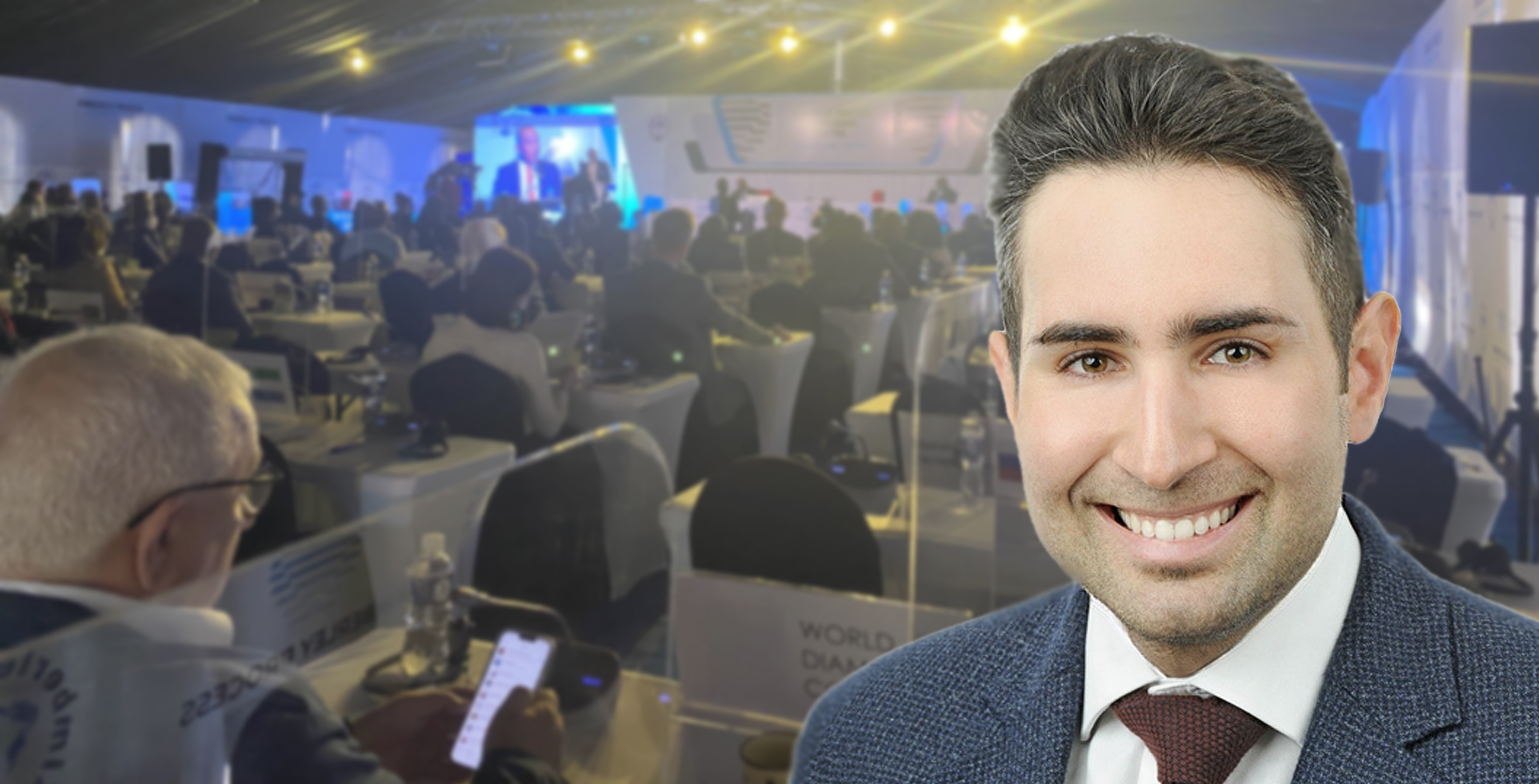 In April 2021, our family company became a member of the World Diamond Council. Called A. Gul KG, we are diamond wholesalers serving the German and other European markets, and are headquartered in Pforzheim, a city in the southwest of the country which has served as a jewelry manufacturing center for more than 250 years. We also have an office at the Israel Diamond Exchange in Ramat Gan.

Product and personal integrity have always stood as foundation stones of our company’s credo, which in 2013 was the first diamond wholesaler to be certified by the Responsible Jewellery Council (RJC). We have since then been re-certified three times. It was a philosophy that led us to be the first German diamond trading company to be accepted as a member of the WDC.

Soon after joining, WDC Executive Director Elodie Daguzan proposed that I join the Kimberley Process Task Force (KPTF). This is a committee within the organization that discusses and formulates policy in respect to the Kimberley Process and Kimberly Process Certification Scheme (KPCS). Its members participate in the various formal meetings and functions of the KP.

It was an opportunity that I seized with both hands enthusiastically. I personally believe that it is the duty of the younger generation of the diamond industry to step in and take responsibility.

Within the KPTF, I found myself rubbing shoulders with people who had been active in the industry for many years longer than myself, and also representatives of some of the largest companies and associations. I was never made to feel a newcomer, nor someone who had to wait his turn in order to be heard. What I did sense was a genuine desire to include a new generation in a decision-making process that affects all of our futures – one that is more closely attuned to the opinions and perceptions of those consumers who will be buying our products in the years and decades ahead.

A duty to contribute to the industry and market

Today, having been a KPTF member for about a year and half, I feel it is important to describe what I have learned and come to understand.

Our decision to join the WDC was morally important to my company, since we want to see ourselves as a contributing factor in the European diamond market.

Although WDC’s main purpose is to help create a system that would keep the supply chain as free as possible from conflict diamonds, it is much more than that. The integrity of the diamond value chain is paramount, and the effort by WDC to incorporate into its System of Warranties universal principles relating to human rights, labor rights anti-corruption, and anti-money laundering, as well as to promote these principles within the KP, is crucial for the future of our industry. We saw it as both an honor and a duty to take part in this mission.

I am today truly proud to be part of such an amazing team of dedicated individuals, and grateful to call them true friends. Over the past 18 months, I have been privileged to participate in both an expert mission and a review mission. Both were eye-opening experiences, and they reinforced my belief in the function and ultimate potential of Kimberley Process, and also helped me understand its complexity, which is not always apparent when viewing it from the outside.

As a KPTF member, I attended the most recent Kimberley Process Intersessional meeting, which took place in Kasane, Botswana. Held in the shadow of the war in Ukraine, it was a gathering that illustrated well the challenge of operating a global system that requires a spirit of universal cooperation, while being buffeted by outside forces over which it has no control.

The dynamics of the KP Intersessional in Kasane, skillfully managed by the KP Chair and his staff from Botswana, showed us how both fragile and important the Kimberley Process is. I am positive that a reform of the KP is required, but we need to be very careful “not to throw the baby out with the bathwater.”

It’s an approach that is being taken by WDC’s responsible leadership, led by our President, Edward Asscher, and Vice President, Feriel Zerouki, who appreciate that short-sighted and populist acts could have severe repercussions. We cannot forget that the WDC is a non-political organization and an Observer within the KP. In many respects we are the ideal party to navigate between the sometimes conflicting interests of different KP members and delegates. 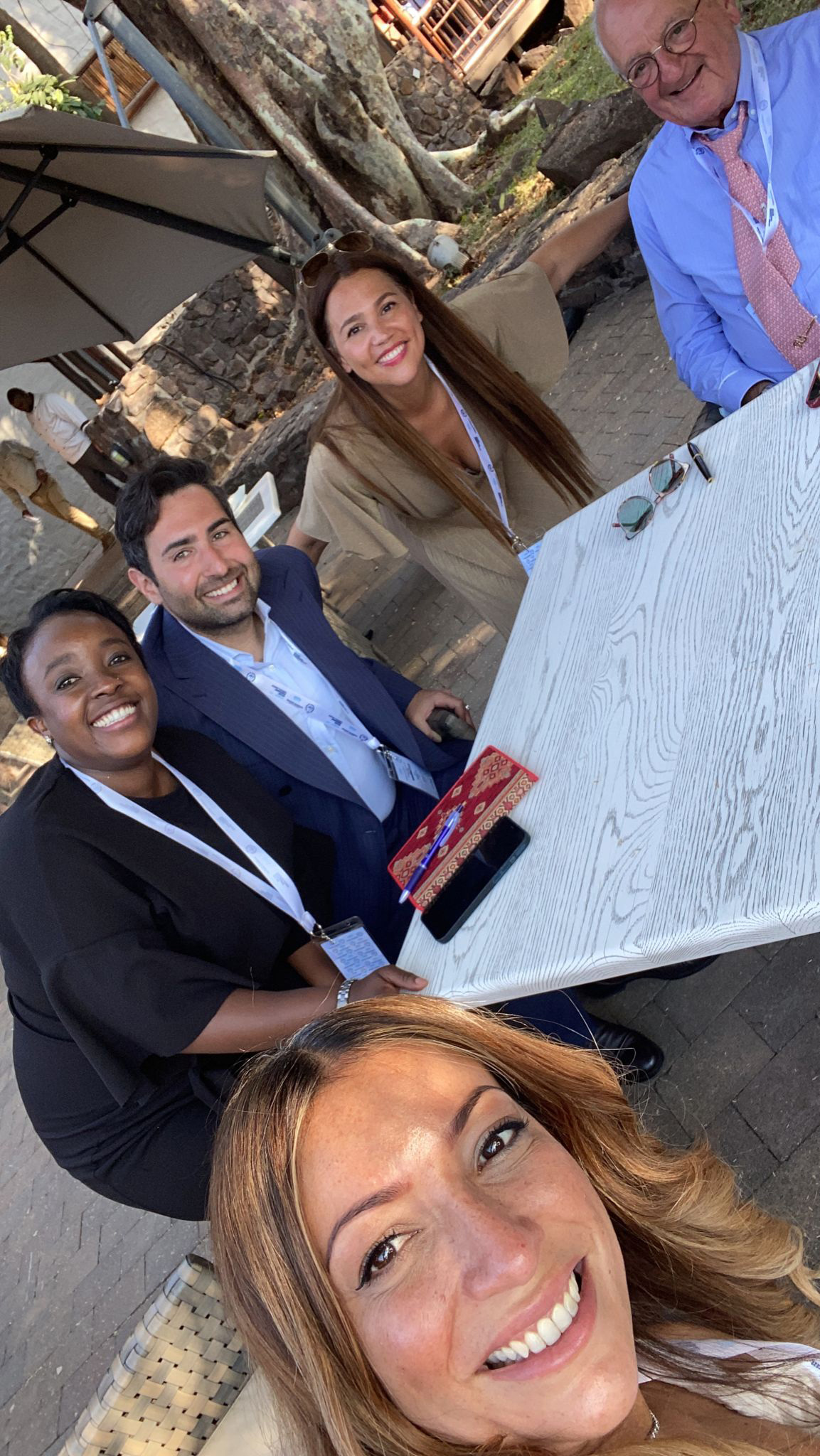 The cornerstone of the natural diamond industry

Although highly criticized, the Kimberly Process has increased the transparency and accuracy of statistics, as well as improved the internal controls, legal and institutional frameworks, and import and export regimes in producer countries.

With all its shortcomings, the Kimberly Process remains the cornerstone of the natural diamond industry. All players within the supply chain have a vested interest to protect and improve it, and they can do by supporting and contributing to the WDC.

Consumer confidence today is increasingly dependent upon us, the industry, to be compliant with a set of legal and ethical instruments and assurances.

The KPCS is the first and the most basic assurance provided to consumers, and upon it are layered additional levels of security, each more comprehensive than the one below. Among them are WDC’s System of Warranties and the RJC Code of Practices.

Not all of these assurances are easily obtained by the hundreds of thousands of SMEs operating in our supply chain, many of which are already struggling to keep up with the evolving ESG and CSR requirements of the jewelry industry, due to limited resources.

It is a dangerous time for smaller companies, particularly in the midstream of the supply chain. A collapse of the KP, or a concerted campaign to render it irrelevant, would likely result in many of them being forced out of the game.

Such an eventuality will likely not affect some of the larger conglomerates, which have the capacity develop new traceability solutions, creating their own proprietary ethical mine-to-retail “ecosystems.”  But many of us midstream operators, as well as certain mining producer and countries, may not find a way to conduct business in a market that already suffering from ever-shrinking margins.

We may well be approaching a tipping point. If there ever was a time to take control over your destiny, rather than being carried along by the tide, it is now. With a global economic recession looming and geopolitical instability, I urge colleagues among our industry’s younger generation to help us preserve the integrity of natural diamonds, as an ethical product that is the economic driver for economies and societies across the globe.