Capping out an unusually challenging year,
both unprecedented and unanticipated 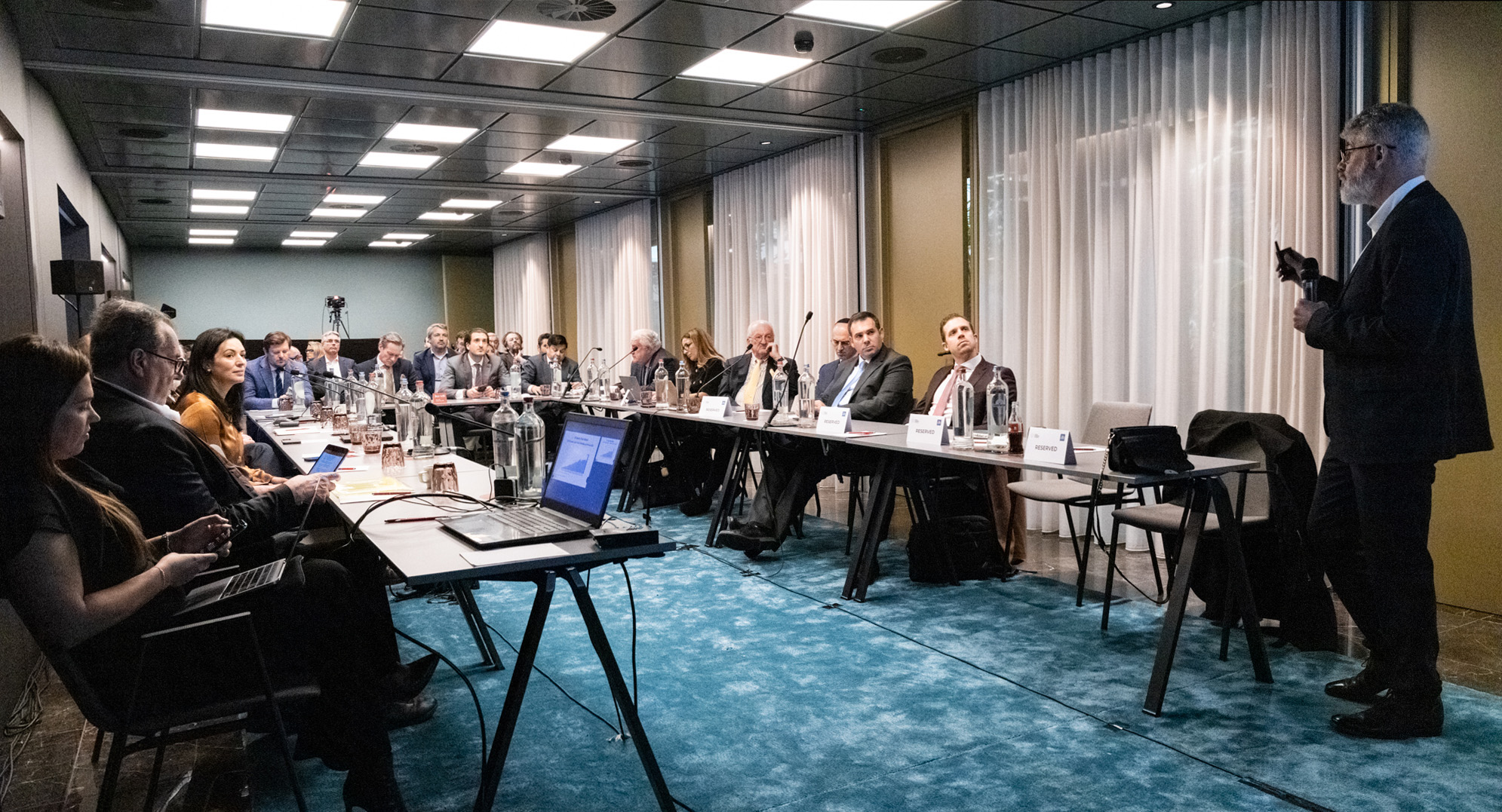 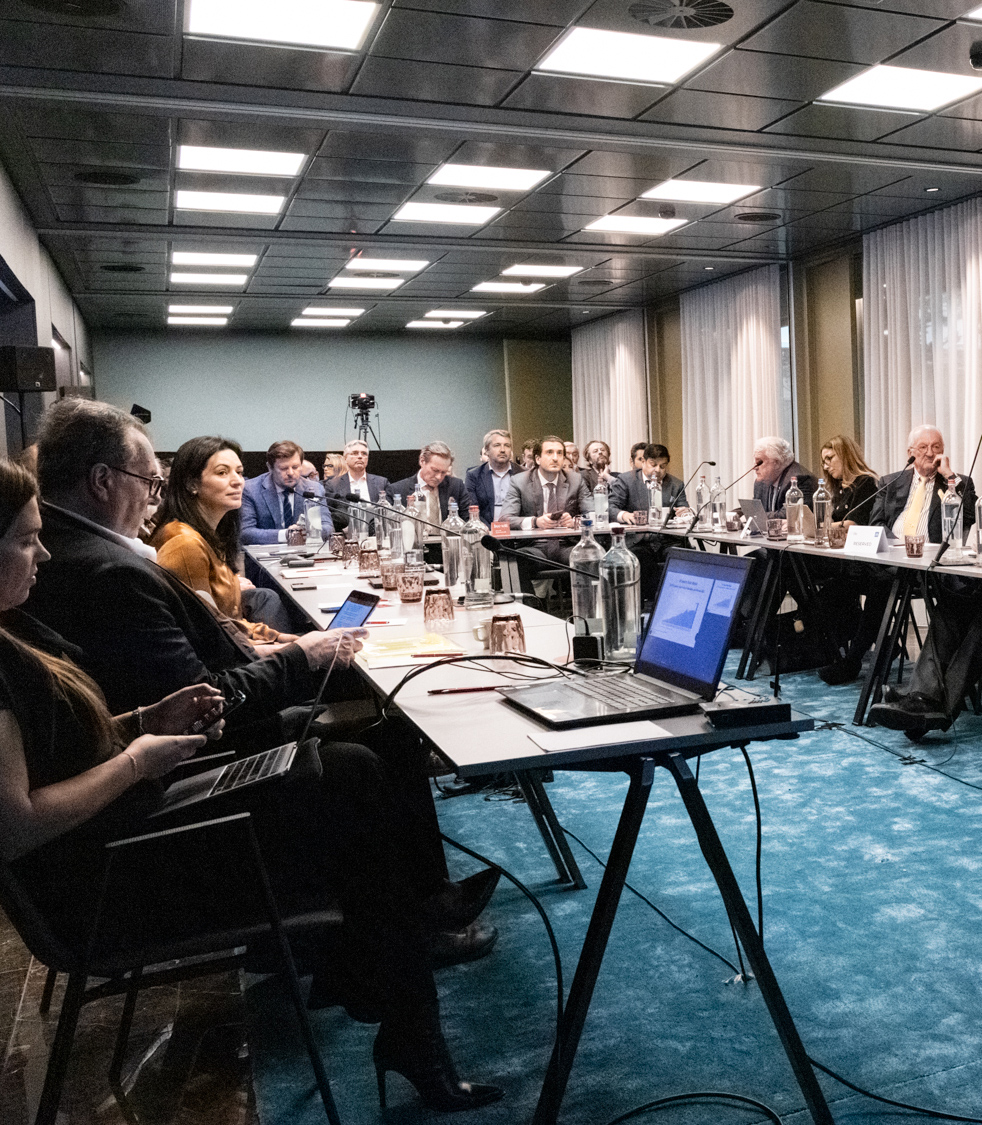 The 2022 Annual General General Meeting of the World Diamond Council in session on November 17 in Antwerp, Belgium.

Members of the World Diamond Council gathered in person in Antwerp on November 17, 2022, for the organization’s Annual General Meeting, while others joined online. Hosted by the Antwerp World Diamond Center, and formally featuring reports by the WDC President, WDC Executive Director and WDC Treasurer, the AGM capped what had been an unusually challenging year for the organization and the diamond industry. This was for reasons that were both unprecedented and unanticipated, certainly when the AGM was previously held – then in an all-virtual format, 12 months earlier.

What left its indelible mark on 2022 was the war in Ukraine, which had begun on February 24, when coincidentally the leadership of the WDC was gathered together in Dubai, where the Board of Directors had met just three days earlier.

So unanticipated was the Russian invasion of its neighbor to the west, not to mention the shockwaves that it consequently would have in the industry and the Kimberley Process, that the imminent geopolitical crisis did not even feature on the WDC Board’s agenda in Dubai.

But the ramifications of the war on the diamond trade, which were amplified by the individual, economic and political sanctions imposed on the Russian Federation and its allies, made it immediately apparent that no business sector, let alone the diamond industry, would be unaffected.

The Ukraine situation also a cast a shadow on the Kimberley Process, even though a war between two sovereign states precluded the possibility that rough goods produced in Russia could be a defined as conflict diamonds. This is because, according to the KP Core Document, conflict diamonds are exclusively associated with civil wars.

But the KP Intersessional meeting in June and the KP Plenary meeting early in November, both of which took place in Botswana, were hamstrung by demands from various countries that the consequences of the violence in Eastern Europe be included as a subject on the formal agenda. This was vehemently opposed by a number of other countries, including Russia, and in the absence of full consensus there was uncertainty whether either meeting would even take place.

A modus vivendi was reached at both the Intersessional and Plenary meetings, allowing the work of the Kimberley Process to continue, but the impact of the fighting in Ukraine continued to be felt. 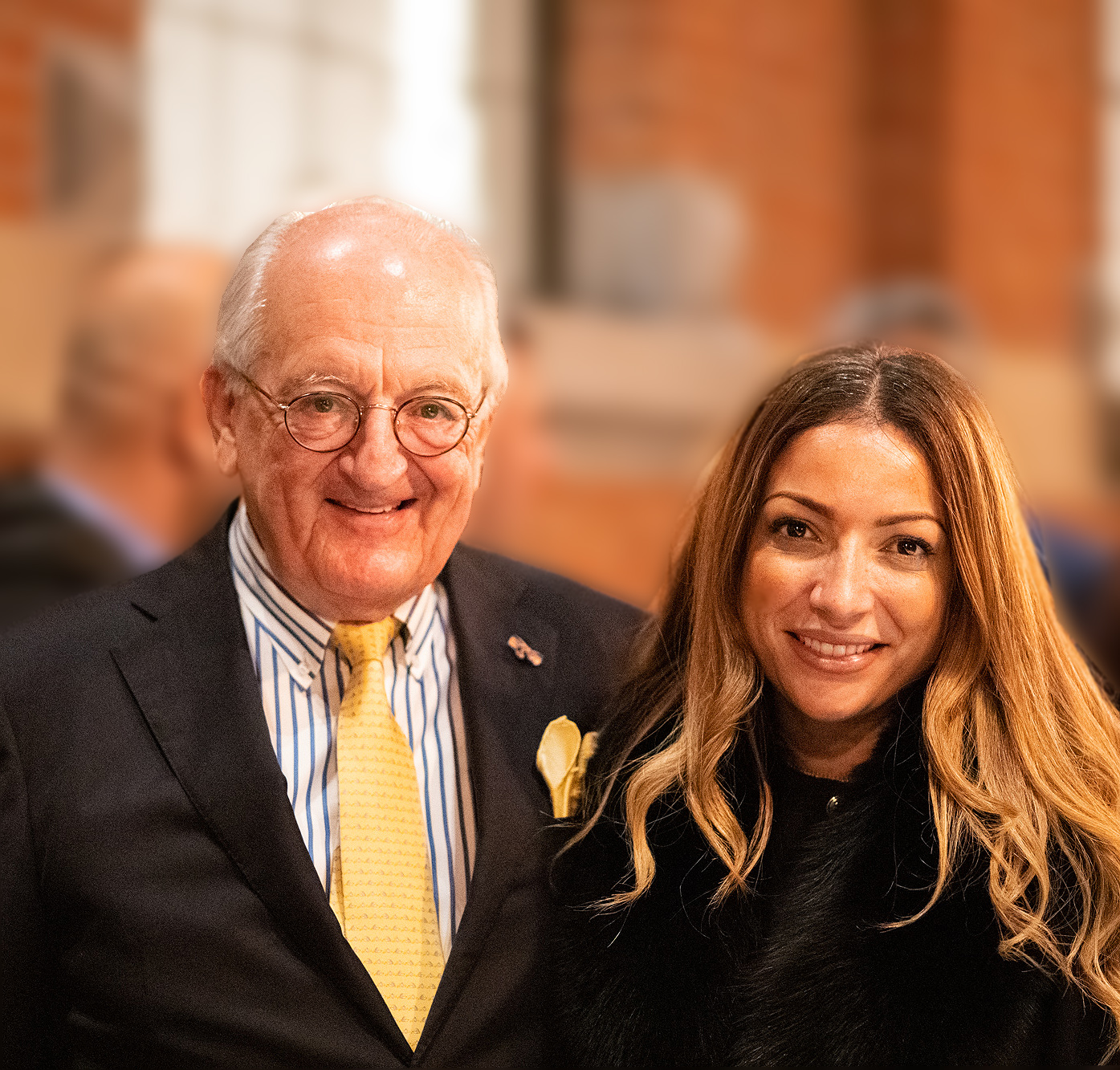 Breaking an impasse in Botswana

In his report to the WDC’s AGM on November 17, WDC President Edward Asscher qualified the World Diamond Council’s position in the ongoing crisis. “Neutrality is essential for WDC, although we are not indifferent – neither morally nor ethically,” he said. “For us neutrality is existential. If we relinquished it, we could easily bring an end to our association.” 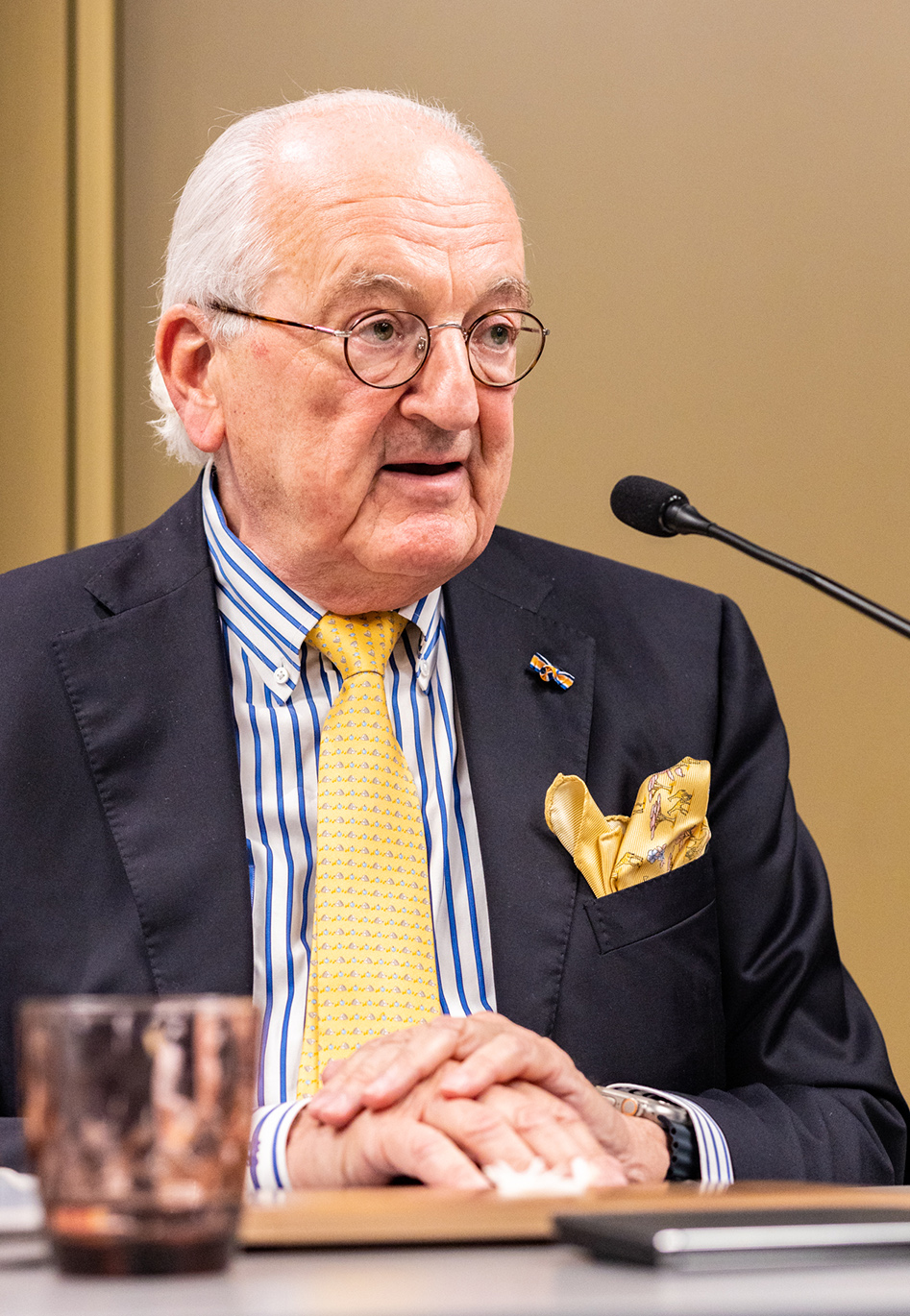 “We all have our own opinions about what is going on,” he continued, “but as WDC we represent everybody. We must defend the interests of all in the natural diamond industry – miners, polishers, retailers, service companies like banks and insurers, and independents at large. Sticking to neutrality is like following our guiding star.”

It was quite possible that WDC’s position as a nonaligned party was what allowed it to play so critical a role early in the morning of November 6 in Gaborone, Botswana, when it appeared that KP Plenary would not be able to ratify a Final Communiqué, and thus render unresolved any decision that had been made during the previous days of deliberations.

For hours during the final session, which had begun in the early afternoon of November 5, and during which the Final Communiqué had to be ratified by consensus, delegates had debated how to refer to the earlier set of requests to the KP Chair for a formal discussion to take place on the implications of the the war in Ukraine on the Kimberley Process. A stalemate and an unsuccessful Plenary meeting at times seemed inevitable.

But finally, as the sun was already rising to the east of Gaborone, a compromise proposal offered by WDC managed to break the impasse, after minor adjustments were made by both sides.

Following the agreement, the WDC President selected to pay tribute to the outgoing KP Chair, Jacob Thamage of Botswana. “He certainly was the right person at the right time, and we have to admire his perseverance during the long night,” he said.

But, added Mr. Asscher, “We are proud that the WDC has made an important contribution to assist him in successfully concluding the discussions.”

Among these was the Review and Reform Process that is scheduled to begin at the start of 2023. The Plenary passed an Administrative Decision to form an Ad Hoc Committee that will oversee the process, which will be chaired by a representative of the government of Angola, with a South African representative serving as vice chair.

The Administrative Decision also listed the specific issues that the Ad Hoc Committee will be charged with reviewing, one of which is the expanding conflict diamonds definition, which the WDC has been advocating for many years, along with civil society and a growing number of Participant countries.

“We need an expanded definition, starting from the point in the discussion where we left off in New Delhi in 2019, and building on that,” Mr. Asscher said in his report to the AGM on November 17. “But we also need a definition that cannot be used for reasons unassociated with the diamond industry. If we do not find a solution for those instances, a new definition will never be accepted.”

The KP Plenary also confirmed that the WDC would continue to head the organization’s Working Group of Diamond Experts (WGDE) through to 2026. 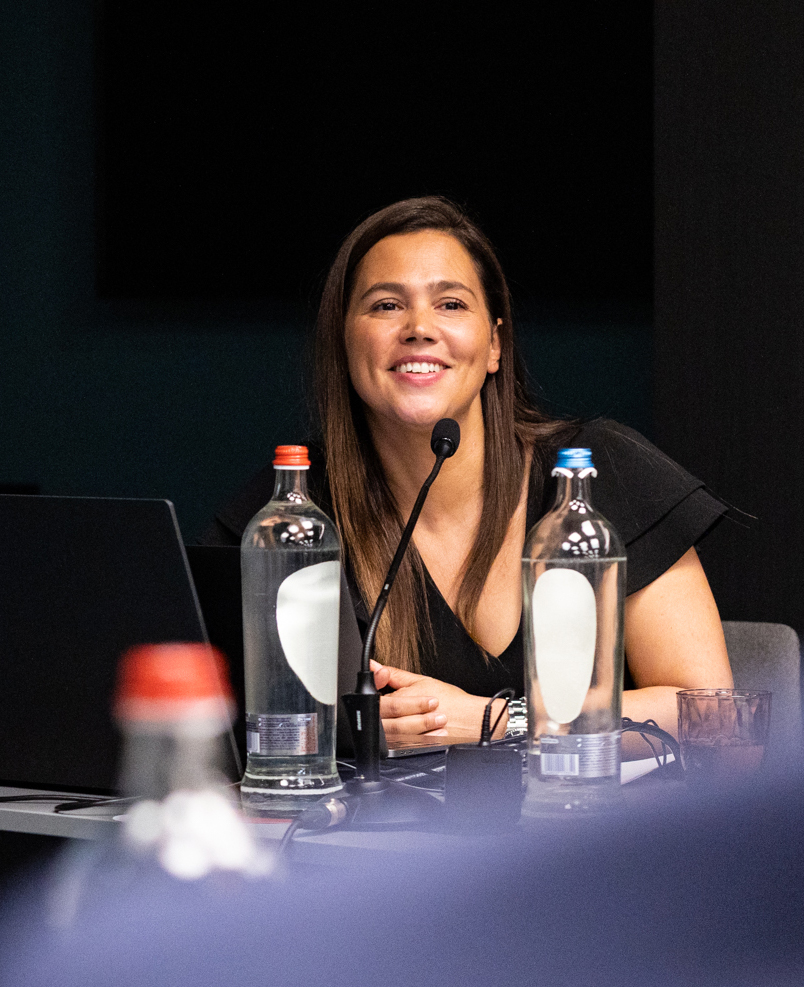 With WDC representative James Evans Lombe as its Chair, the WGDE once again proved to be KP’s most active body in 2022 with more than 30 meetings held. It tackled issues like the sizes of diamonds that need KPCS certification, how to treat potentially diamondiferous exploration and geological samples, and the delicate subject of how to differentiate rough diamonds from polished diamonds. A WGDE Diamond Experts Team monitored all declared exports from the Central African Republic and its Scientific Sub-Group explored ways to “fingerprint” the origin of diamonds.

Another key decision taken at the Plenary was the acceptance of the recommendation of the tripartite Technical Expert Team (TET) that Botswana become the host of the new KP Permanent Secretariat.

The TET was chaired by WDC representative Wim Sooms. The Plenary also accepted its recommendation for the Permanent Secretariat’s proposed budget, to which WDC has committed to make a substantial contribution.

“It took four years to come to this conclusion, and the WDC chaired the Technical Expert Team, or TET, which managed the process,” said Mr. Asscher days after the Plenary meeting, in his report to the WDC AGM in Antwerp. “The first head of the committee was Peter Karakchiev, who was followed by Iris Van der Veken, and for more than a year by Wim Soons. Thanks to them, and certainly to Wim, all parties agreed that that the work was done in a fair and transparent way.”

Work now will begin in early January on physically establishing the Permanent Secretariat in Gaborone and appointing its staff, with the goal being to begin operations on January 1, 2024.

Until that date, the Administrative Support Mechanism (ASM), which WDC has been operating to support the work of the KP Chair and the heads of the various KP working groups and committees, will continue to operate, assisting Botswana in setting up the Permanent KP Secretariat.

“The ASM had not been possible without the great support of the AWDC here in Antwerp, and with financial support from Israel and India,” the WDC President told the AGM. “We are grateful that the industry has been able to do what we did for such a long time – serving as both the oil and the engine of the KP.” 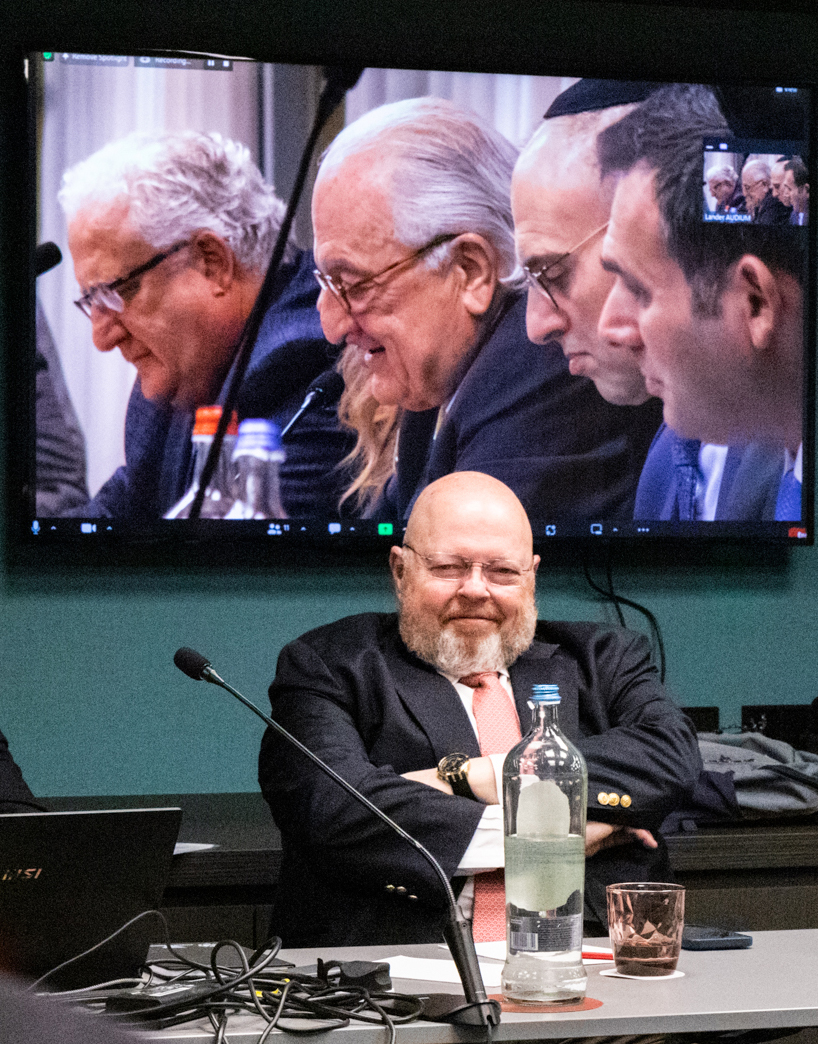 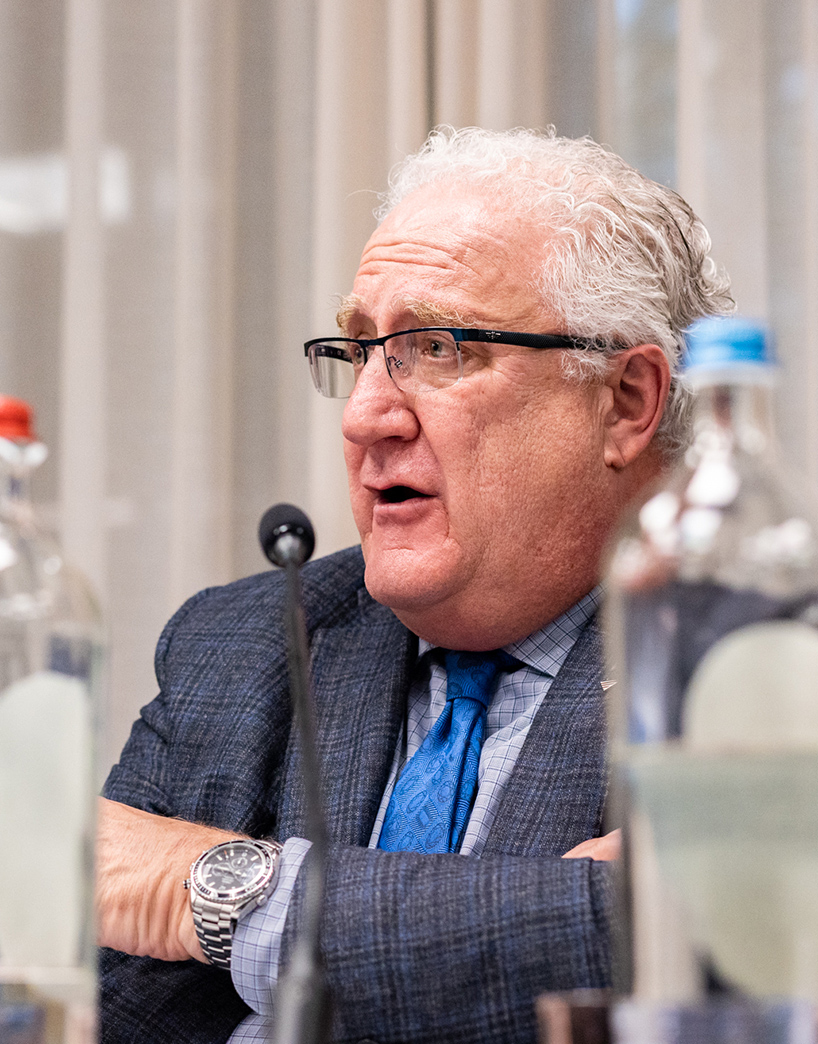 The World Diamond Council heads into 2023 with a very full agenda, and a growing number of members, according to the report delivered by its Executive Director, Elodie Daguzan, at the AGM in Antwerp on November 17.

In addition to the ongoing work of its representatives within the KP, supported by the WDC’s Kimberley Process Task Force, a key task will be overseeing the industry’s transition to the revised System of Warranties, which was launched in 2021 and needs to be completed by 2024 in the case of rough purchases and 2026 in the case of all other purchases.

In May 2023, the presidency of the World Diamond Council will transition from Edward Asscher, who will step away after his second term at the head of WDC. He will hand over to Feriel Zerouki, WDC’s current Vice President. She will be the first woman ever to head a major international diamond industry association.