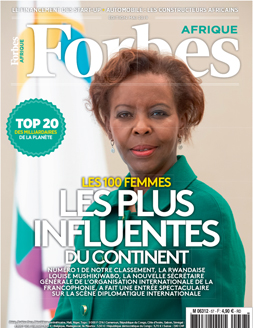 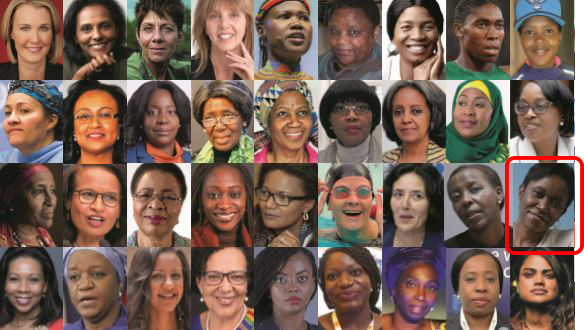 ABOVE:The cover page of the May 2019 edition of Forbes Afrique, and a mosaic of 36 of the individuals that it named as Africa’s 100 most influential women. WDC Executive Director Marie-Chantal Kaninda appears on the far right of the third row.

“With this fifth edition of Africa’s 100 Most Influential Women ranking, the presence of African women at the highest levels in all sectors is no longer a shadow of a doubt,” wrote Nadia Mensah-Acogny, the Forbes Afrique journalist who has been compiling the list since 2013. “But despite this, gender equality still leaves something to be desired and the finding is bitter. African women are still under-represented in the private sector. Like everywhere in the world, diversity remains a challenge for women in Africa. However, there is no need to despair, because beautiful energies are set up to get things done faster.”

Mentioning Ms. Kaninda’s work to further the interests of individuals and communities involved in Africa’s mining sector, Forbes Afrique also cited other aspects of her career. These included the establishment of the MCKM Foundation, which focuses on education for girls in the Democratic Republic of Congo (DRC); serving as a vice president of the DRC’s National Committee for Women’s Soccer; chairperson of the British Congo Business Group (BCBG); and chairperson of an Anti-Corruption Working Group for the private sector in the DRC. 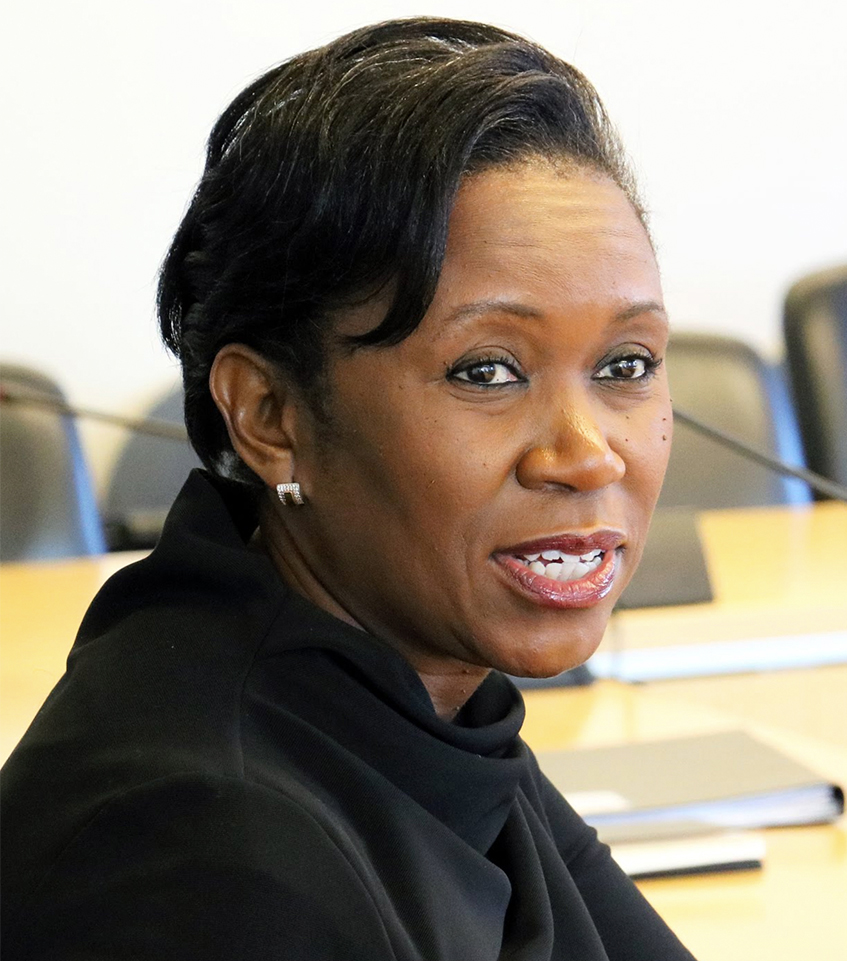 A native of the DRC, Ms. Kaninda has served as WDC Executive Director since March 1, 2017. Immediately prior to joining the WDC, she was the Chief Advisor for External Affairs, Africa, at Rio Tinto Corporation, a position she held from 2012. Before joining Rio Tinto, she served in administrative, communications and external affairs roles with other international mining companies, including Ashanti Goldfields, AngloGold Ashanti and De Beers. She has also consulted on community development projects in Africa, including successfully relocating a community in Angola, and implemented several stakeholder engagement strategic plans. She furthermore has served as a board member of the Diamond Development Initiative (DDI).

“We are exceedingly proud of Marie-Chantal’s being recognized by Forbes Afrique, and privileged to have a person of her talent, experience and commitment at the head of WDC’s management team,” said Stephane Fischler, WDC President. “Throughout her long career, she has worked to improve the lives of Africa’s disadvantaged people, be they women, artisanal miners or individuals impacted by ongoing violence. Her belief that a country’s natural resources can fuel the development of all its people essentially embodies what we strive for in the WDC.”

“It is of course a great honor to have been selected by Forbes Afrique, and even more of a privilege to be mentioned alongside so many awe-inspiring people, who are changing Africa and showing by personal example that women deserve an equal place in politics, public affairs, business, culture, sports and the media,” said Ms. Kaninda. “I am also proud to be part of an organization like WDC, which not only advocates for an ethical diamond industry, but also shows that equal opportunity begins at home.”