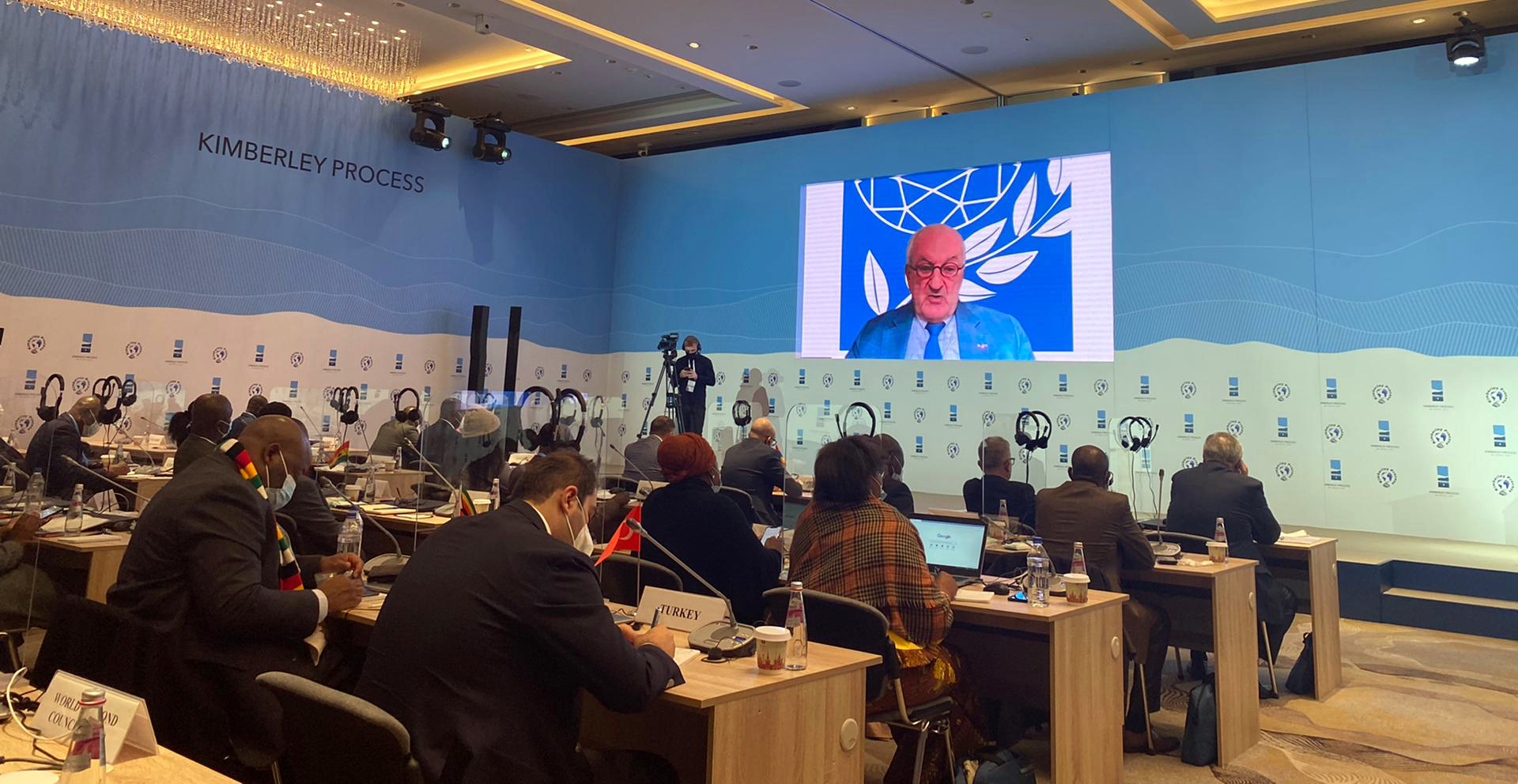 ABOVE: WDC President Edward Asscher addressing the Opening Session of the 2021 Kimberley Process Plenary on November 8, 2021.

Speaking to the full assembly of delegates during the Opening Session of the 2021 Kimberley Process (KP) Plenary, World Diamond Council President Edward Asscher has reasserted the need for Kimberley Process members to agree to expand the conflict diamond definition in order to support long-term consumer confidence.

Mr. Asscher noted that the Plenary was taking place at a time when young consumers are increasingly expressing their demands for assurance about the social and environmental credentials of the products they buy, and highlighted that the diamond industry has the ability to deliver on these consumers’ expectations. But Kimberley Process members must act to expand the definition.

The five-day KP Plenary meeting began today as a hybrid event, with in-person meetings taking place in Moscow, joined in videoconference by delegates from around the world. The meeting is being hosted by the Government of the Russian Federation, which currently is the KP Chair. 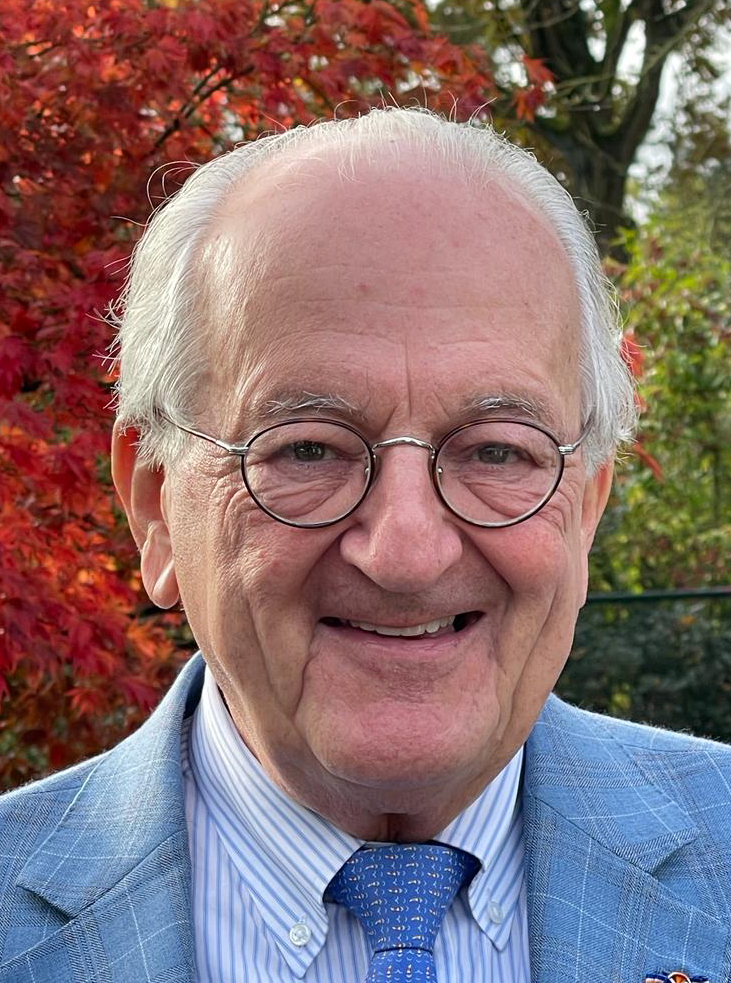 The diamond is a product that has the potential to both speak to the aspirations of this new generation, as a natural resource with the potential of providing sustainable economic and social opportunities to the communities that produce it, or be rejected, as a non-essential luxury item. We have the ability to decide that choice, but we will do so only through actions and not empty words,” Mr. Asscher said.

The WDC President recognized that some positive progress had been made, for example with the newly proposed “Frame 7’” principles, stating “I commend the Chair and Vice-Chair for introducing the Seven Principles of Responsible Sourcing of Natural Diamonds.  Frame 7, as we are now calling them, it is long overdue and could be a beacon for the discussions taking place this week.”

However, Mr. Asscher  questioned why the Kimberley Process remained unable to deliver progress on the most important issue, asking “But why do we persistently fail to make substantive progress on expanding the definition of conflict diamonds – a move that almost all of us understands is necessary?”

The WDC President reminded the audience of a prediction he made at the KP Intersessional meeting in June, about the risk of the emergence of a two-tier diamond industry. The upper, more established tier of companies, which are able to independently monitor their supply chains, is able to meet consumer expectations. But the lower, less established tier, will see its market share diminishing, often through no fault of its own, he said. The victims of such an outcome would include “the individuals, communities and entire economies that rely on revenues generated by diamonds for their livelihoods and future development,” Mr. Asscher stated.

Mr. Asscher noted the role that the WDC’s upgraded WDC System of Warranties, launched on September 21, could play in helping to address this risk. He stated that the new System “continues to support the trade in KPCS-compliant diamonds throughout the supply chain, and at the same time indicates that they comply with universal human rights and labor rights, and with essential principles of anti-corruption and anti-money laundering.”

Mr. Asscher also expressed the WDC’s dismay over the veto in the UN Security Council of the budget for the Panel of Experts in the Central African Republic (CAR), which he described as the ears and eyes of the UN on the ground, reporting objectively about problems in the country.

As far as the WDC is concerned, right now there is no justification to expand the green zones in CAR, the WDC President said, referring to monitored artisanal diamond mining areas from which KP-compliant exports are permitted.  “Furthermore, if the conditions of the new Operational Framework are not met, we should return to the old framework. In other words, we should go back to carrying out inspections before a shipment is approved for export from CAR, rather than following up after the shipment already has taken place,” he said.

To download a copy of the WDC President address to the Opening Session of the 2021 Kimberley Process Plenary, please CLICK HERE.