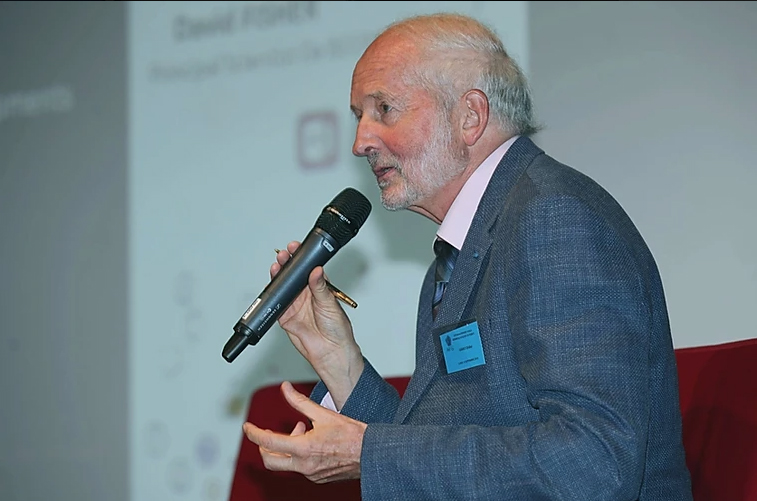 Our industry has lost, far too soon, one of its most treasured gems. Didier Giard was an individual who managed to exemplify the very best of what we in the gem and jewelry community seek to find within ourselves – a sense of history and tradition, an unrelenting search for knowledge and understanding, an appreciation of equality and responsibility, and a commitment to public service.

Although his reputation preceded him, I only really met Didier for the first time at the 2019 conflict minerals meeting at the OECD in Paris. He approached me after one of the sessions and invited me to speak at the upcoming conference of the L’association Française de Gemmologie (The Association of Gemology of France), of which he was president.

I clearly had an impassioned man in front of me. Complimenting the WDC for its work and vision, he told me that he was keen that I inform members of the French trade about what we are doing, and in particular those in the business who are involved in promoting jewelry to consumers, including the major brands and independent jewelry retailers. In explaining his agenda for the annual event,  he amazed me with his very broad but precise view of the current dynamics of world politics and the trade, and his conviction that a gemstone’s value is not only vested in his physical characteristics, but also in its ethical integrity and potential to act an engine for social and economic development in the countries where it is produced.

Didier was a man with a broad world view. Geopolitics was clearly a subject that fascinated him and he believed that the Kimberley Process was a unique phenomenon, in that it had managed to unite around the same objective all the great powers, along with developed and developing nations.

As I got to know him better, I witnessed not only his curiosity and rich intellect, and also his generosity. Recently, he invited me to deliver a speech at another organization of which he was a member, the Académie des Sciences d’Outre-Mer (the French Academy of Overseas Sciences. Sciences). Its subject touched on a theme that was dear to him: “Gems, Jewelry and Globalization.

Didier was a man for whom the world of precious stones held few secrets but amazing beauty. He was the immaculate host, ready to entertain and make sure we were having a great time. I remember a special night in a Paris restaurant, when he stood up and led us in the singing of Charles Azanvour’s “Take me along,” accompanied by a piano player.

Sadly, there will be no more Parisian nights with this son of Montmartre, but our memory of a sharp, intelligent and compassionate individual will remain with us for a long time.