As it has for many years, the United Nations General Assembly drew participants in the Kimberley Process (KP) to New York in March, where during its 74th Session it adopted by consensus a resolution entitled “The role of diamonds in fueling conflict: breaking the link between the illicit transaction of rough diamonds and armed conflict as a contribution to prevention and settlement of conflicts.” Among the organizations represented was the World Diamond Council (WDC). 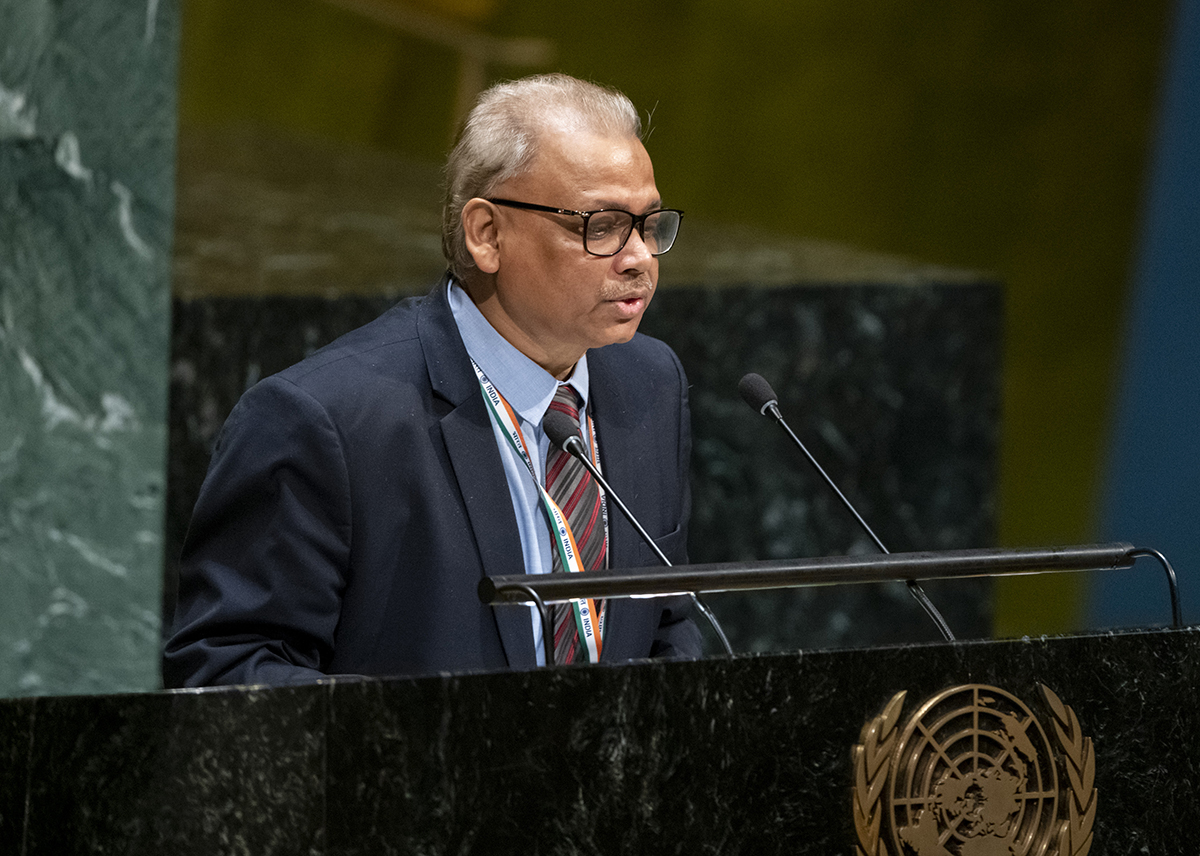 B. B. Swain, Additional Secretary of the Ministry of Commerce of India, introducing the draft resolution on breaking the link between the illicit transaction of  rough diamonds and armed conflict to the United Nations General Assembly on March 3, 2020. (Photo: UN/Mark Garten)

The resolution, which was passed on March 3, 2020, welcomed efforts made to strengthen the Kimberley Process Certification Scheme (KPCS), including ongoing discussions on a definition of conflict diamonds, the importance of capacity‑building and mutual support, and the positive contribution that rough diamonds can make to prosperity and socioeconomic development. It also recognized the system’s contribution to ensuring the effective implementation of UN Security Council sanctions and to preventing future diamond-fueled conflicts, and called for the full implementation of existing measures targeting the illicit trade in rough diamonds.

Introducing the resolution, B. B. Swain, Additional Secretary of the Ministry of Commerce of India, the 2019 KP Chair, said that the certification scheme remains a unique instrument for conflict prevention.  He mentioned the broader agenda in the KP for regional cooperation, and in particular spoke about enhancing the KPCS’s implementation in Central Africa, with an initial focus on Angola, the Democratic Republic of the Congo (DRC), Congo-Brazzaville, the Central African Republic and Cameroon. Both participants and observers in the KP have worked hard to move it forward, he said.

Alexey Moiseev, Vice‑Minister for Finance of the Russian Federation, the current Chair of the KP, underscored the role of the Kimberley Process as a platform to facilitate the global market for rough diamonds.  The diamond trade is the most regulated trade in raw materials in the world, he noted.

Over the years, expectations among consumers have changed, Mr. Moiseev said. Today, they want to see transparency, respect for human rights, minimal impact on the environment and guarantees that the diamonds do not finance terrorism.  Going forward, he said, the KP must strengthen its mandate. It need not establish new requirements, but rather set new objectives, he stated.

Silvio Gonzato, a representative  of the European Union said the diamonds belong to the communities who mine them, not to militias, adding that, in many places, the KPCS has made the difference between war and peace. The EU strongly supports calls for the KP to evolve and adapt to meet future challenges in the global diamond supply chain, and to provide assurances that diamonds are not tainted by violence, he said.

Members of the panel discussing developments in the Kimberley Process, during the side event at the United Nations, organized by India on March 2, 2020. Moderating the discussion was Elodie Daguzan (second from right), WDC Executive Director.

Mmetla Masire, Permanent Secretary of the Ministry of Mineral Resources, Green Technology and Energy Security of Botswana, said that his country places a very high premium on the ethical exploitation, sale and trade of rough diamonds, with the sole aim of protecting their integrity and reputation.

In his country, diamonds have transformed people’s lives by putting food on every table, sending youth to school and providing free health care for all, Mr. Masire stated. “For Botswana, diamonds have and will always be for development,” he said.

With many KP participants in New York for the UNGC session, the Government of India hosted a side event at UN Headquarters on March 2, 2020. Featuring a panel discussion with speakers from government, industry and civil society, it focused in the current state of the KP and the way forward. The event was moderated by Elodie Daguzan, WDC’s Executive Director.

Two days later, on March 4, the current Chair of the KP, the Russian Federation, hosted a meeting of KP Working Group heads at the country’s Permanent Mission to the United Nations in New York, where in the presence of participants and observers in the process, they discussed goals, objectives and programs for the organization over the course of the coming year. 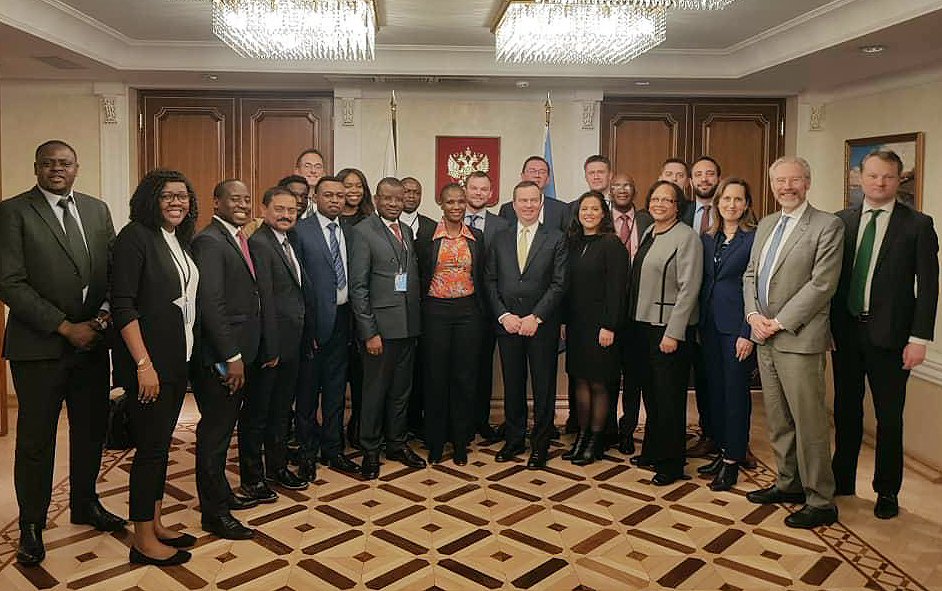 WDC President Stephane Fischler, WDC Executive Director Elodie Dagauzan and WDC Board Member Peter Karakchiev joined the the new Chair of the Kimberley Process, and chairs and vice chairs of KP working groups, as well as members and observers for a working session, at the Permanent Mission of Russia to the United Nations in New York, on March 4, 2020.