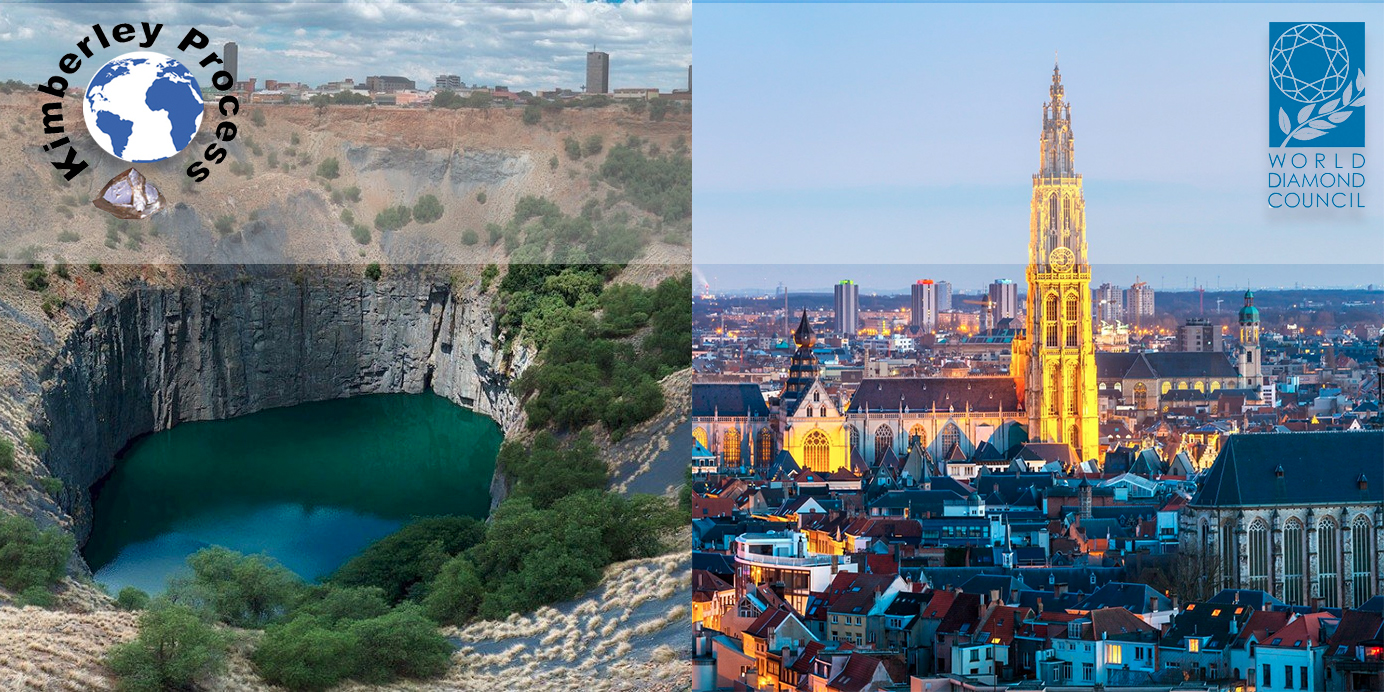 The year 2020 marks the 20th anniversary of two seminal events in the history of the diamond industry, both of them associated to the campaign to eliminate the trade in conflict diamonds. The first was the founding of the Kimberley Process (KP), the coalition of governments, industry and civil society that gave birth to Kimberley Process Certification Scheme (KPSC) and since then has overseen its operation. The second was the establishment of the World Diamond Council, which became the industry representative in the KP, taking upon itself the task of securing the trade in conflict-free diamonds in the rough diamond, polished diamond and diamond jewelry sectors.

In May 2000, at the height of the conflict diamond crisis, members of the industry joined representatives of various governments and civil society in Kimberley, South Africa. There, for the first time, a proposal was discussed to establish an international certification system for rough diamonds, as a means of ensuring the conflict-free status of the goods in the distribution chain.

The two-day meeting is today recognized as birth of the KP. The city in which it took place, which some 130 years earlier had been site of the largest diamond rush in history, provided the name of the permanent forum that was created, with governments becoming full voting Participants, and industry and civil society joining as Observers.

Two months later, in July 2000 at the World Diamond Congress in Antwerp, Belgium, the World Federation of Diamond Bourses (WFDB) and the International Diamond Manufacturers Association (IDMA), passed a joint resolution to create an association that would represent the industry in the campaign to eliminate the trade in conflict diamonds. They were joined soon after by CIBJO, the World Jewelry Confederation. This was the birth of the WDC.

At an inter-governmental conference in London in October 2000, the nascent KP forum was presented with a paper entitled the “WDC System for International Rough Diamond Export & Import Controls.” A decision was made to forward it for discussion at the United Nations General Assembly. On December 1, the international body passed a resolution that became the framework for a global certification system.

The KPCS was launched on January 1, 2003, after all member governments around the world had passed the legislation or regulations necessary to implement and enforce the system in their own territories. But already before then, in 2002, the WDC had introduced the System of Warranties, designed to extend the effectiveness of the KPCS beyond the rough diamond trade, through the polished diamond and diamond jewelry sectors.

Given the difficulties that exist today in conducting a public gathering, the 2020 World Diamond Congress took place virtually on September 14 and 15. Among the speakers during its opening session was WDC President Edward Asscher. He noted the historic significance of the occasion.

“While WDC was established as a response to the then-raging problem of conflict diamonds, its creation represented much more than that. What IDMA and WFDB essentially were declaring was that we have a collective responsibility to ensure the ethical integrity of the entire supply chain, and that decisions we make as manufacturers and traders have consequences for all who work in the pipeline,” the WDC President continued

“The establishment of the WDC was not simply an exercise in public relations. As we showed through our involvement in the Kimberley Process and through our continued involvement to this very day, we are ready to act decisively to ensure that the diamonds in the pipeline are not tainted by conflict and violence,” he stated.

Looking back at what has been achieved over the years, the WDC President said that in terms of the original objective of ridding the pipeline of diamonds associated with civil conflict, the level of success has been considerable, with conflict diamonds making up considerably less than 0.1 percent of the rough diamonds in the pipeline, compared to about 4 percent in 2000.

“But there is great deal more to do,” he continued. “Over the past two decades, public perceptions of what constitutes ethical business, Corporate Social Responsibility and sustainability have evolved, as have consumer expectations of the integrity of the products they buy. For Millennial and Generations X, Y and Z, who today make up the bulk of the diamond-buying public, diamond jewelry needs to have more than just monetary or aesthetic value. It must also have social value. Human rights matter, as do labor rights, and today – especially during these times of COVID – so does the environment and the health and security of the more fragile sections of our value chain.”

“Twenty years ago, at a World Diamond Congress, we began a journey that has strengthened the foundations on which our industry operates,” Mr. Asscher stated. “We need to protect the integrity of the diamonds we sell, and we need to prove to the new generations of consumers that our diamonds are contributing to the wellbeing of all in the pipeline, from the mine to the traders, the cutters and polishers, and that we can guarantee what we say. As I have said, for the industry this is a journey of continuous improvement towards transparency and responsibility in the supply chain.”

“In our fast-changing world, we as an industry must adapt to what is happening around us,” he stated, as he concluded his address, “and as business leaders we should guide our members into a future of transparency and responsibility, protecting society and the relevance of our own diamond industry.”