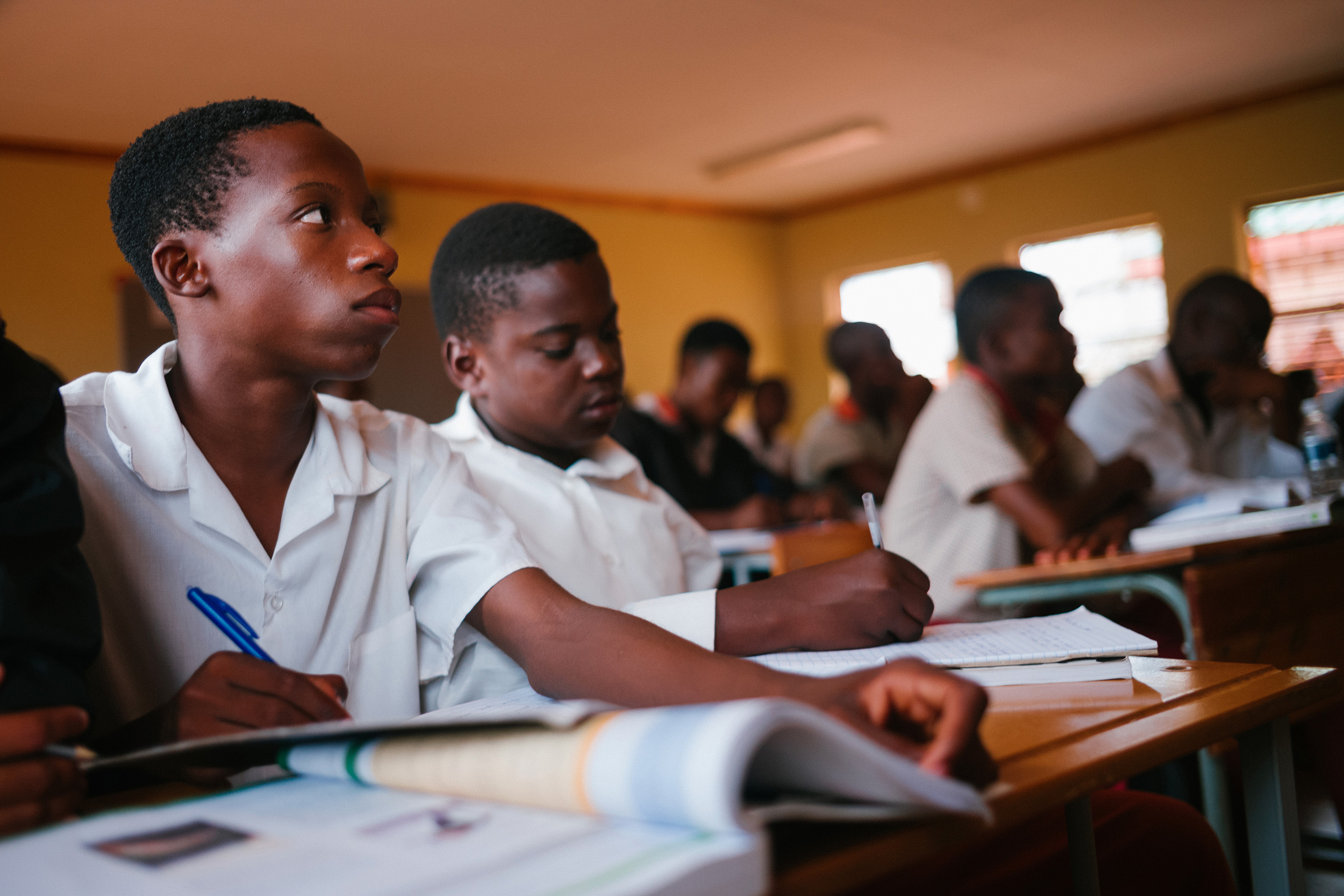 Students in class at the Renaissance Secondary School in Musina, South Africa. The school, which serves an underprivileged area in the mining town, is now being supported by the Young Diamantaires, a group established by the World Federation of Diamond Bourses (WFDB), a WDC member. (Photo courtesy of De Beers)

In 2016, Rami Baron was sitting in a board meeting of the World Federation of Diamond Bourses (WFDB), when he realized that, other than himself, everyone in the room was in their 60s or 70s.
“I thought to myself, ‘We need to get more young people into the conversation,’” recalled Baron, a member of the WFDB’s Executive Committee, Chair of the organization’s  Promotions Committee and President of the Diamond Dealers Club of Australia. “We need to open the door to the new generation.”
Thus was created the Young Diamantaires forum. Launched by the WFDB in 2016 at the 37th World Diamond Congress in Dubai, it started out as a Whatsapp chat group with 11 participants, but it quickly morphed into a global network with more 300 young professionals. Almost all are under the age of 45, although Baron, who is 56, remains very much involved. They come from different cultures and backgrounds, but share a common interest in diamonds as their primary source of income.

The original objective of the group was to establish a movement within the international diamond trade that would replenish and sustain the future and leadership of the business community. But an invitation extended by De Beers in 2019 to the Young Diamantaires to visit the Venetia Mine in South Africa’s Limpopo Province had the effect of broadening the group’s perspective and areas of activity.
Twenty-five members of the Young Diamantaires took De Beers up on its offer, traveling to South Africa in November of last year. Coming from 10 countries, their purpose was to gain a better understanding of the mining process, but also to witness first-hand the positive impacts natural diamonds have on the surrounding communities, and the investments being made by the mining sector in preserving the environment.
“The more we saw, the more we were amazed,” said YD member David Troostwyk. “But, at the same time, we appreciated a great deal still needs to be done.” 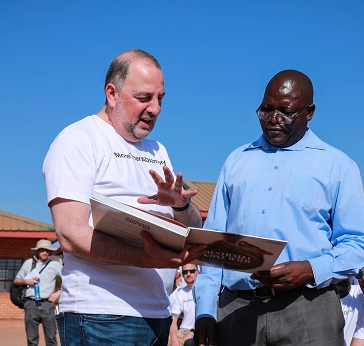 Young Diamantaires founder Rami Baron (left), together with Mashudu Lazarus Sithole, principal of the Renaissance Secondary School, during the visit to Musina in September 2019. (Photo courtesy of De Beers)

One of the stops on their trip was at the Renaissance Secondary School in Musina, the northernmost town in Limpopo, which is located close to the border separating South Africa and Zimbabwe. With a population of about 40,000, many of its residents are employed in the many mines that surround it, among them Venetia.
The Renaissance Secondary School is one of 19 schools built with funding from the De Beers Group. Located in a poverty-stricken area, it opened in 2008 with 120 students, four teachers and four classrooms. Today has it has 36 teachers and 24 classrooms, providing a free high school education to 1,329 students.
“We as the young diamantaires did not just want to hear, we did not just want to see,” said YD member Alain Zlayet. “We want to actively play our part in history and be involved in the building of a positive legacy for our industry. After walking around the school and looking at all the development that had taken place, we asked the headmaster what still needed to be done and what would the community regard as a priority.”
The answer received was that the school urgently needed a kitchen and a library. 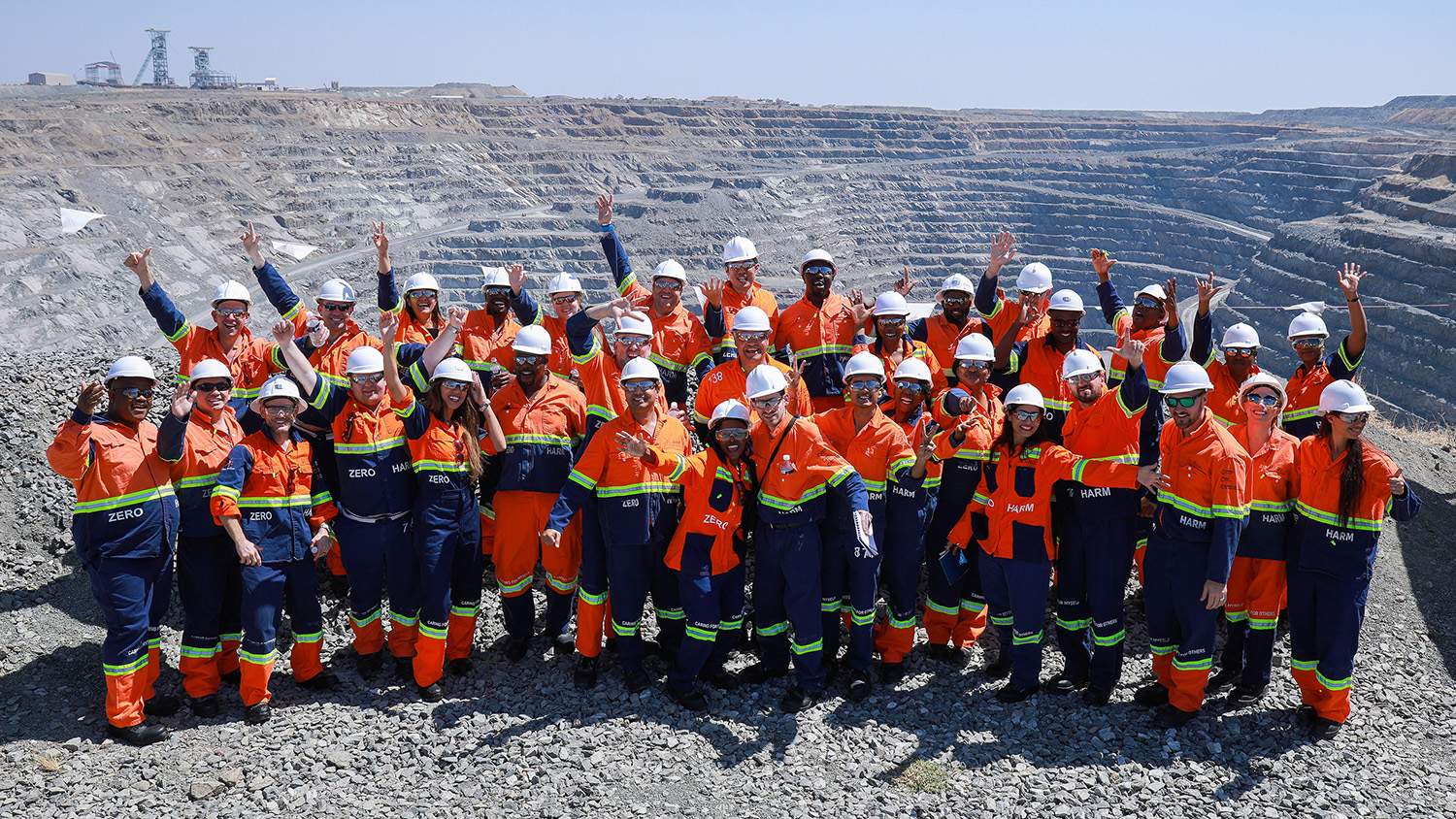 Members of the Young Diamantaires at De Beers Venetia mine in South Africa’s Limpopo province, during their visit to the country in 2019. (Photo courtesy of De Beers)

As the visitors were told, many of the children attending the Renaissance Secondary School were subsisting on a single daily meal, often struggling through the school day on empty stomachs. A kitchen, which could provide the students with regular and nutritious daily meals, would not only ease their hunger, but also raise the general levels of learning and student performance.
Furthermore, as the members of the Young Diamantaires delegation discovered, not only did the school not have its own library, but there was no public library in the surrounding area. A new school library could become an educational and knowledge resource that would serve the children, and also the community, providing tools for personal growth and a promise for a better future.
WFDB’s Young Diamantaire members returned home from Limpopo both inspired and committed. After researching how they could go about the mission of financing and helping build a kitchen and library at the Renaissance Secondary School, they created a fundraising committee, which set up an online campaign on Go FundMe, with an initial target of Aus. $500,000 (approximately U.S. $350,000). Within just five hours, Aus. $20,000 were raised. 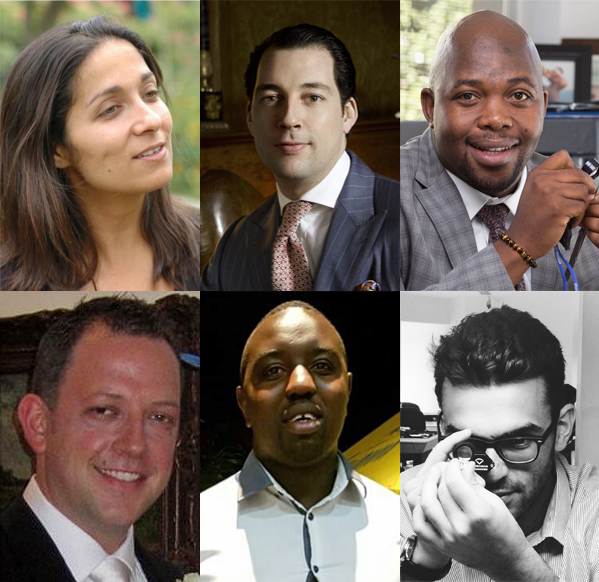 “It provided us with real encouragement, showing clear commitment and dedication to the project,” said Tamara Gabay who heads the fundraising committee, and is also the business development manager for Sarine Technologies in New Zealand and Australia.
The Young Diamantaire group is hopeful that its commitment to raise the community-building capacity of the Renaissance Secondary School will support the institution’s ambitions to grow and educate future generations of children from the Musina area. Even today, there is a waiting list of around 1,500 pupils still hoping to attend the high school. The success of projects like these underscore how the diamond industry directly benefits its stakeholders, their families and wider community development.
“This is the first project we are undertaking as the Young Diamantaires and it certainly will not be the last,” says Robin Bhebhe who is part of the fundraising committee and a diamantaire from South Africa, running a first-generation diamond cutting and polishing company. “We are committed towards bringing a positive impact globally in each and every country and community where diamonds are mined, cut and polished, set into jewellery and sold. Social responsibility is part of our DNA and we are committed towards delivering tangible results.”
“As the next generation of diamantaires, we are taking the bull by the horn to safeguard the future of our Industry,” said Gabay. “We call it the ‘#morethanadiamond’ movement.”