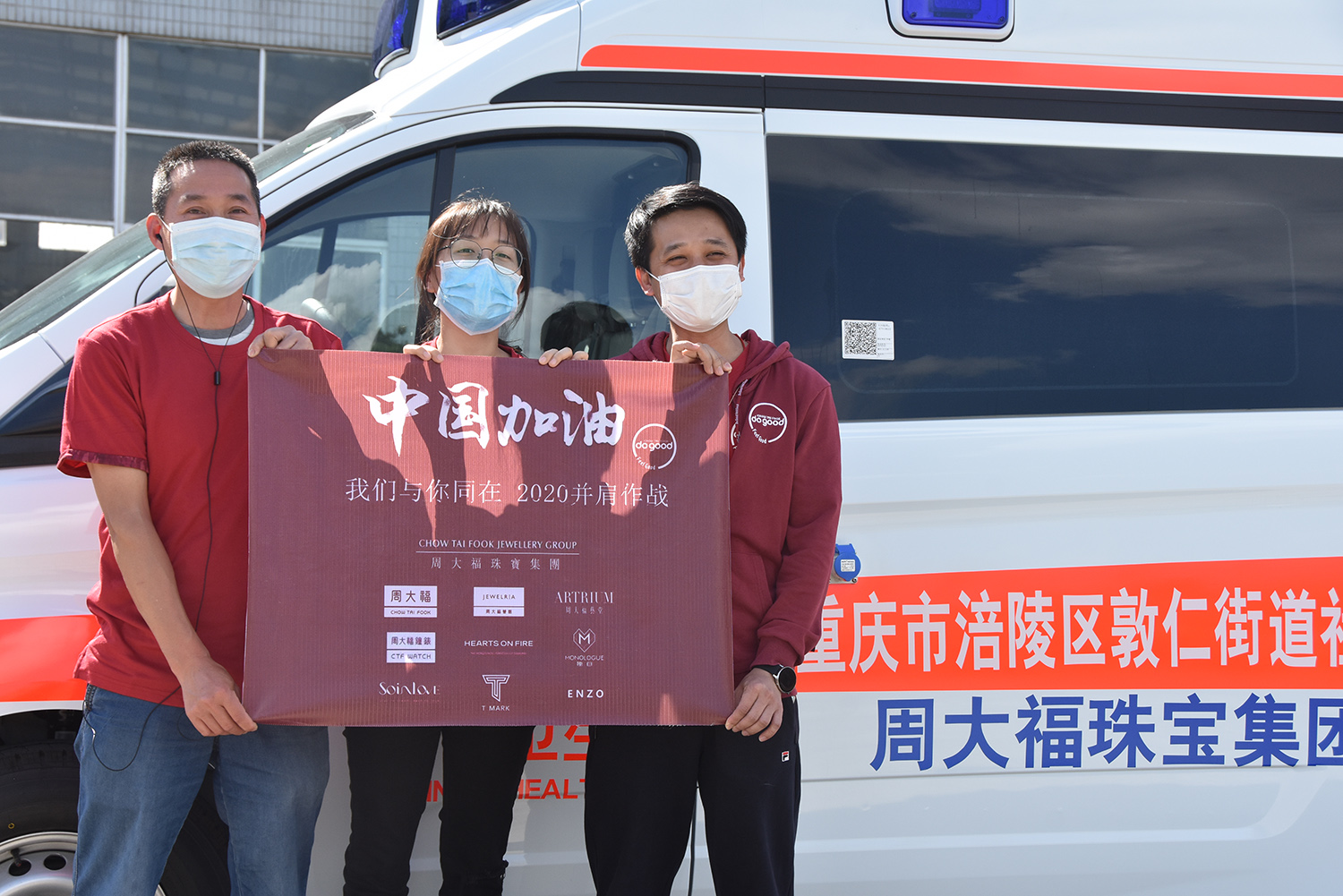 Following the outbreak of  COVID-19, Chow Tai Fook donated three ambulances to hospitals and clinics in Wuhan, the initial epicenter of the pandemic, which is a city where the company operates extensive manufacturing and logistics facilities.

A long-time member of the World Diamond Council, the Chow Tai Fook Jewellery Group is one of the world’s largest jewelry companies, with a workforce of about 30,000. It operates more than 3,800 stores in about 500 cities, in greater China, Japan, Korea, other Southeast Asian countries and the United States. It also has a fast-growing e-commerce business. The firm was founded in Guangzhou in 1929 by Chow Chi-Yuen.

Not only a pioneer in the growth of the fine jewelry markets in Asia, and mainland China in particular, the Chow Tai Fook Jewellery Group has also been committed to the development, implementation and promotion of responsible business practices.

As the company approaches the 100th year since its founding, it has announced what it refers to as its Centennial Commitment.  The company’s Chairman, Dr. Henry Cheng Kar-Sun explained the approach in a detailed Sustainability Report, which was released in June 2020. “The new initiatives in our four priority areas – responsible sourcing; craftsmanship, innovation and technology; resource efficiency  and carbon reduction; and people focused – enable us to face the megatrends of resource scarcity, technological breakthroughs, climate change, and demographic and social change, all of which, in their various ways, will have a disruptive effect on our industry,” he wrote. 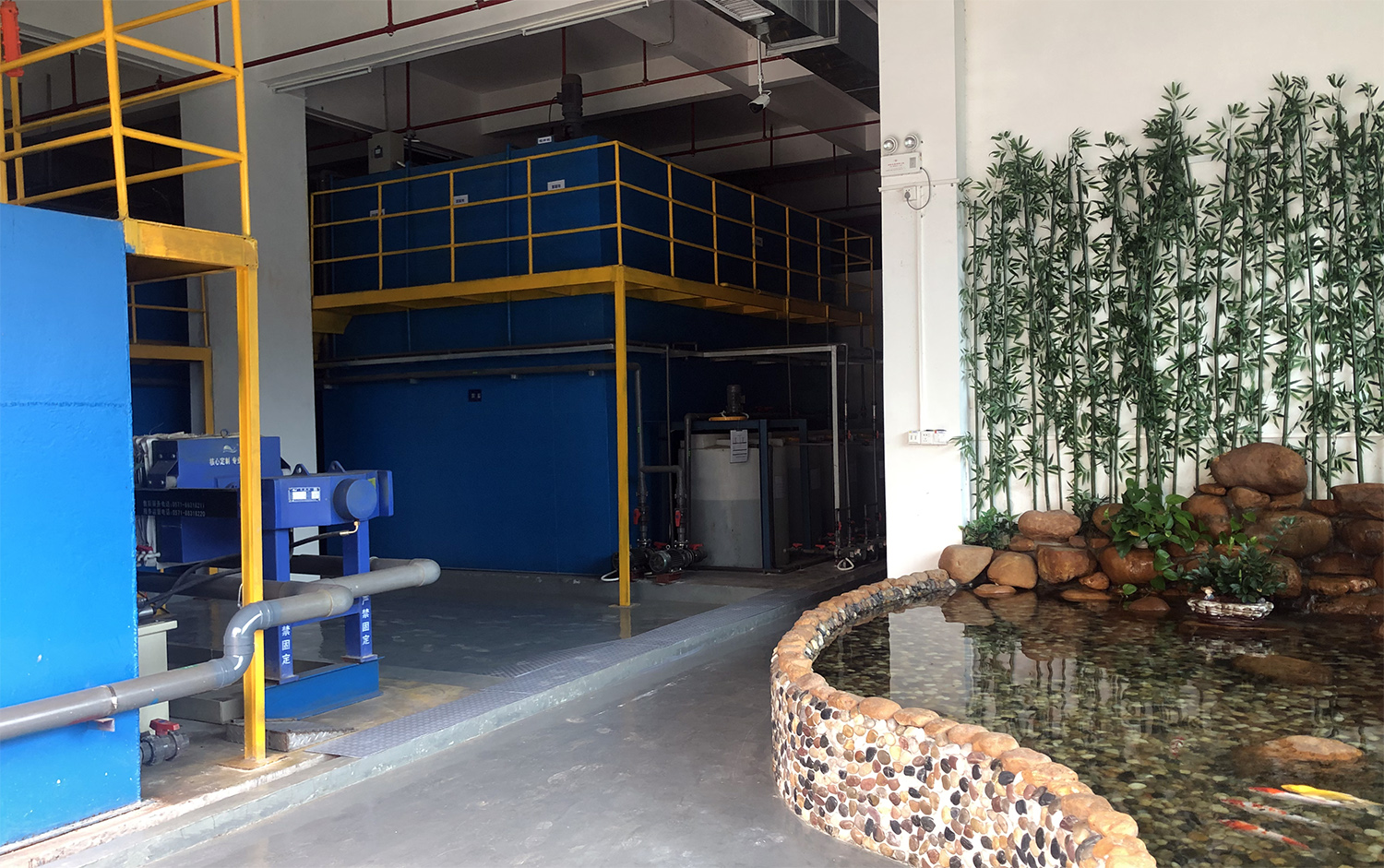 The wastewater treatment system at Chow Tai Fook’s production hub in Shunde which is able to process up to 300 tons of wastewater per day. The company makes an effort to use the treated water in its manufacturing processes.

Environmental sustainability is a is a key element of the program, with Chow Tai Fook pledging to reduce its ecological footprint by at least 15 percent by 2029. This includes substantially cutting back on greenhouse gas emissions, water consumption and waste generation, as well as obtaining ISO 14001 Environmental Management Certification for the environmental management systems in all its mainland China production hubs – in Shenzhen, Shunde and Wuhan.

There have been few disruptive events that match the outbreak of the COVID-19 coronavirus. Soon after its scale became apparent, the company set up an in-house facemask production line, using the high-standard dust-free cleanroom technology at its production hub in Shunde to produce some 100,000 facemasks per day. These were distributed both to employees and to other communities in need.

The company also initiated a charity sale campaign in mainland China to support medical professionals, and donated three ambulances to hospitals and clinics in Wuhan, where the pandemic first struck and where Chow Tai Fook operates a large production and logistics facility.

In 2012 the Chow Tai Fook Charity Foundation (CTFCF) was established as a is a private family foundation committed to supporting charitable causes through partnering and grant-making to non-profit making organizations. It declared goals were to provide opportunities and resources to the underprivileged, to empower individuals and to promote sustainable community development.

Today CTFCF funds projects in five focus areas, including education and training, mental wellness, community services, health services and care of the elderly. It collaborates with NGOs, academic institutions and other family charitable foundations to provide both immediate, ongoing assistance to people in need.

But the company’s policy of supporting capacity-building projects began before the formal establishment of CTFCF.

In January 2004 a program of constructing educational facilities in rural parts of China was initiated. This was part of Project Hope, which is a public service initiative launched in 1989 by the China Youth Development Foundation and the Central Committee of the Communist Youth League of China, aimed at bringing schools into poverty-stricken areas, helping children whose families are too poor to afford elementary school education. By September 2019, a total of 20,195 primary schools had built, serving the needs of 5.99 million students in financial difficulty. 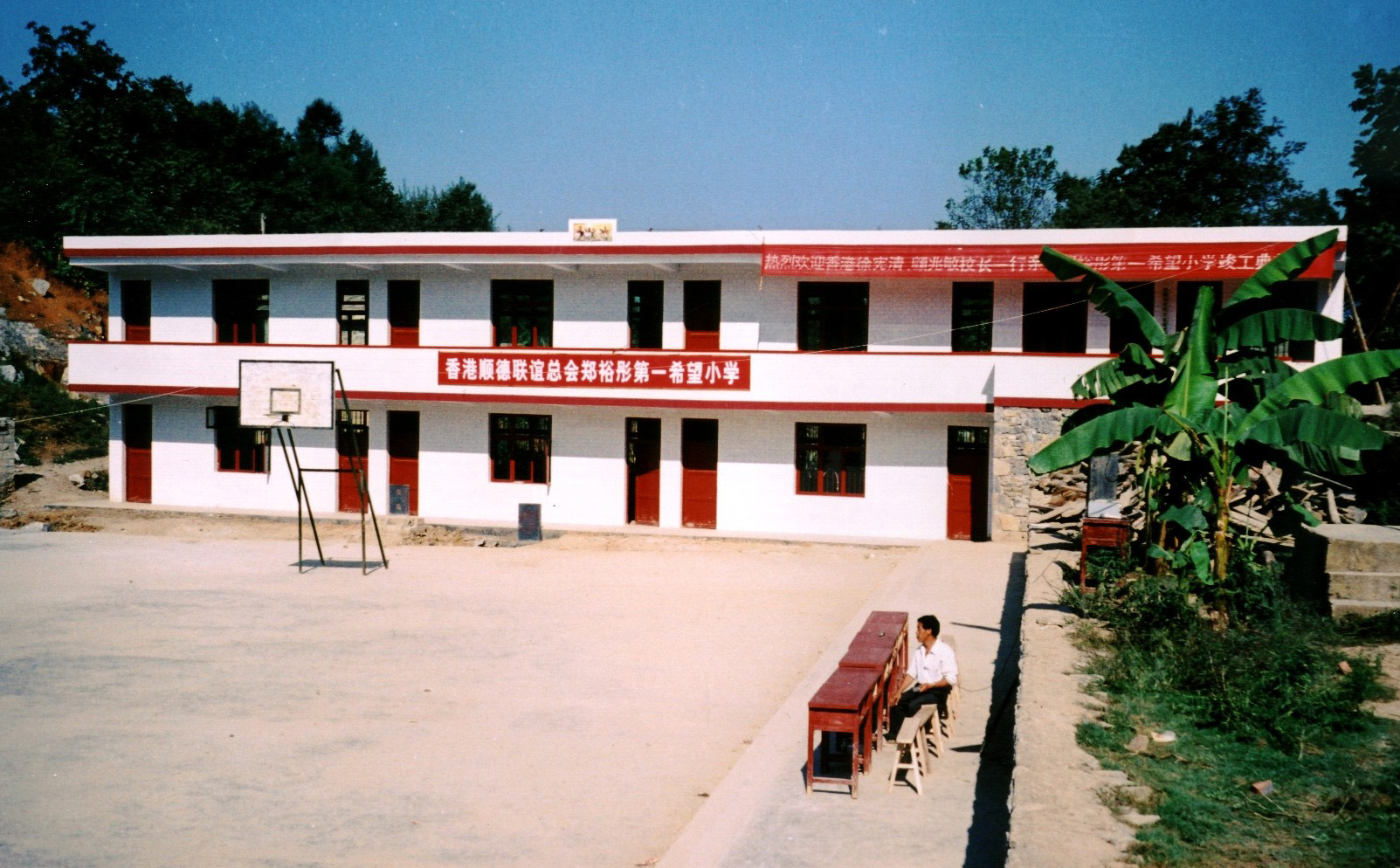 The first rural primary school built in 2004 by Chow Tai Fook, as part of  Project Hope, which aims to improve educational opportunities in poverty-stricken areas of mainland China.

Chow Tai Fook has been as primary supporter of higher education institutions throughout Asia, starting in 2007 when it contributed to the Phase 2 development of the Open University of Hong Kong, which is a body that today has about 10,000 full-time undergraduate and postgraduate students, and 9,000 part-time learning students.

Another focus has been the upgrading of health care facilities and services, as well as medical research and education. In 2011 CTFCF began sponsoring the Surgical Stem Cell Research at the Chinese University of Hong Kong­­­, and in 2013 funded the establishment of the Henry Cheng Research Laboratory for Drug Development at the Hong Kong Polytechnic University. In 2014 it upgraded the cardiac unit at Queen Mary Hospital in Hong Kong, and helped establish the Dr. Cheng Yu Tung Robotic-Assisted Laparoscopic Surgery Integrated Suite at the Queen Elizabeth Hospital, also in Hong Kong. A year later, in the same city, it set up the Cheng Yu Tung Child Development Center.

The foundation also operates an emergency relief fund is to support individuals and organizations that lack financial resources to rebound from accidents, including medical fees associated from death or complications from disease. This has proven particularly relevant in the age of COVID-19. 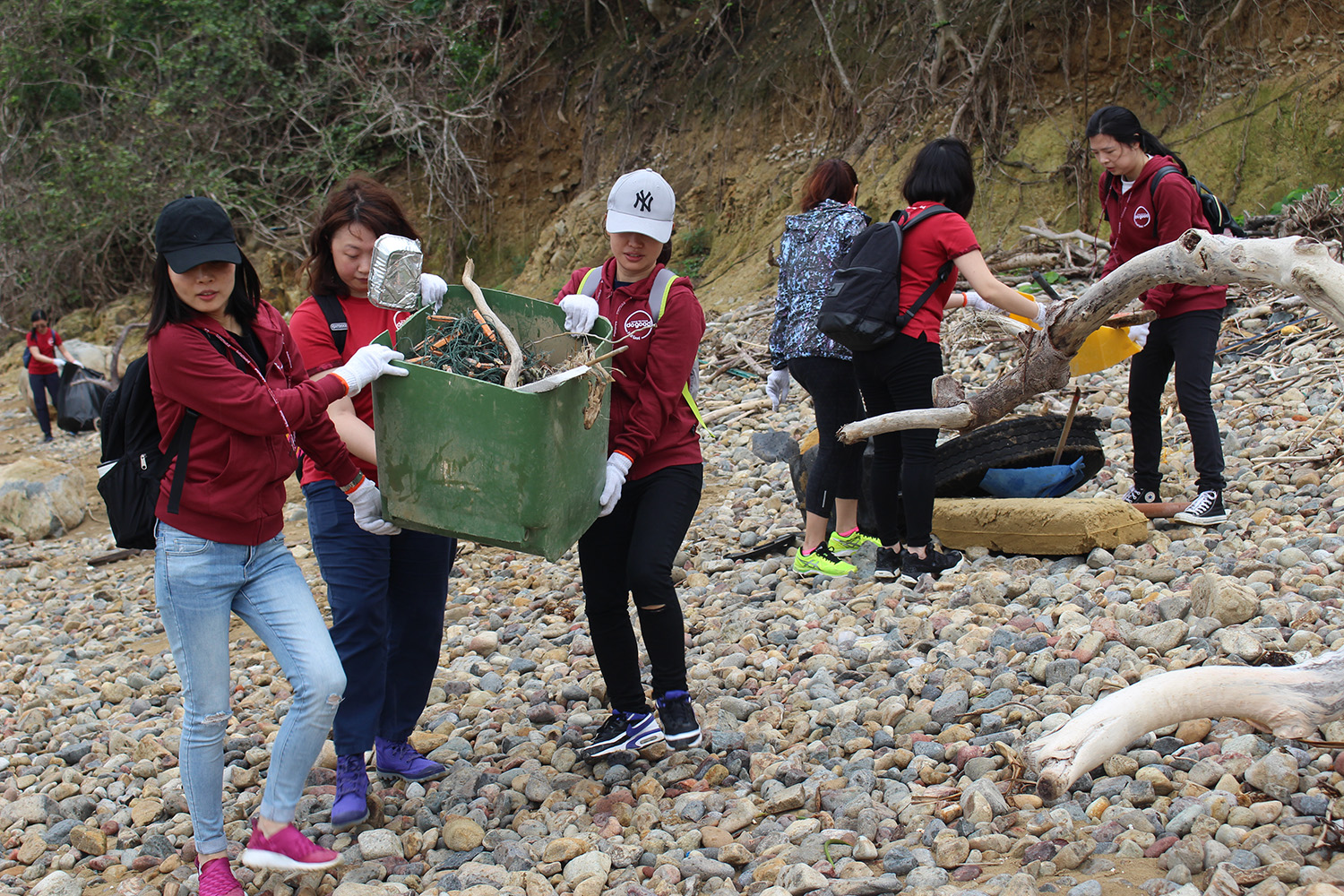 Members of the Chow Tai Fook staff taking time out to clean up waste along the Chinese coast. Almost 7,000 of its employees volunteer more than 25,000 hours of their time each year to community work.