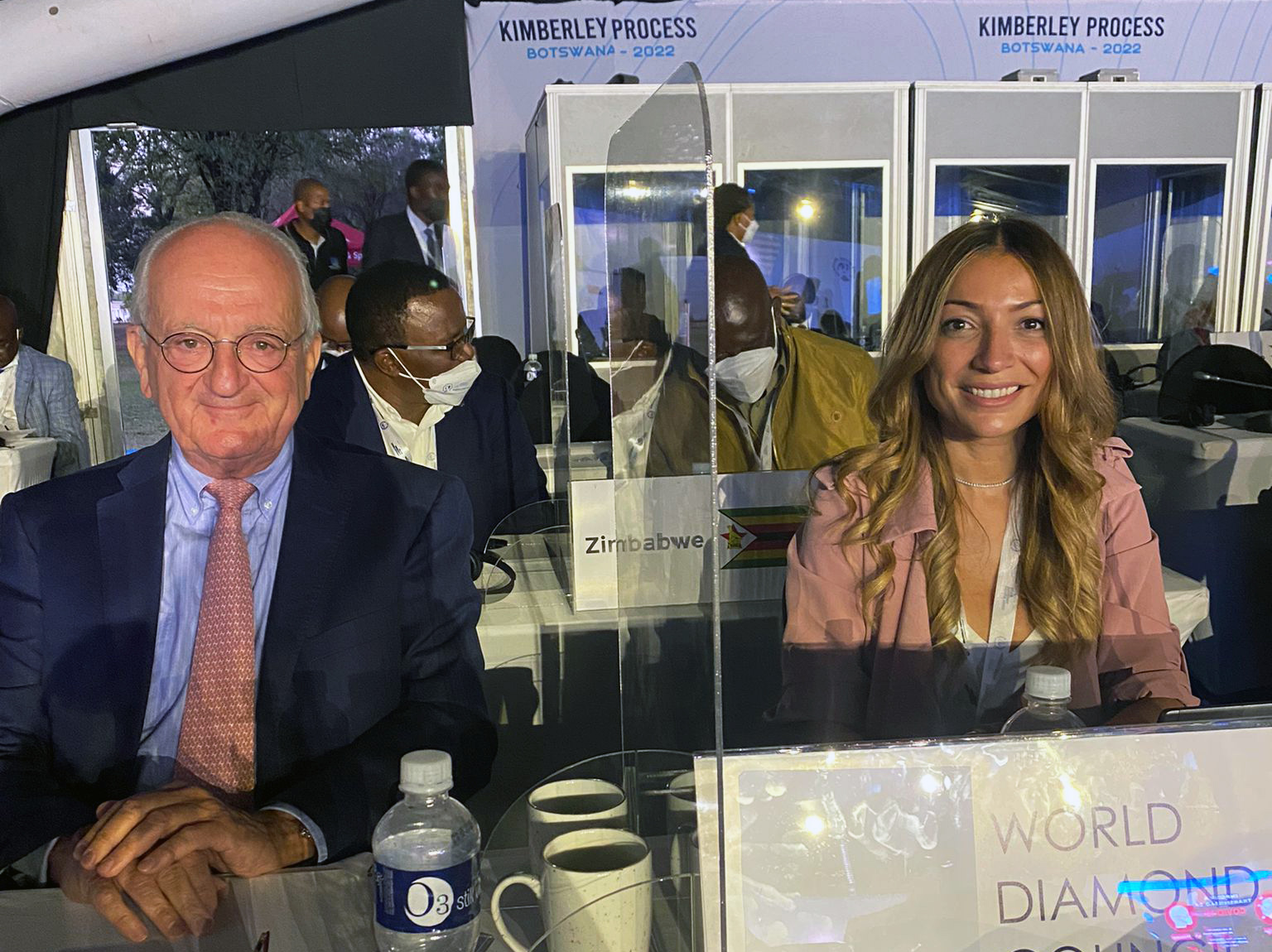 Highlighting the proven ability of natural diamond resources to serve as a driver for the development of sustainable economies and societies, World Diamond Council President Edward Asscher warned that this potential is threatened if the Kimberley Process doesn’t evolve to address the challenges of today. He was speaking during the opening day of the KP Intersessional, which is taking place in the town of Kasane in Botswana.

Citing the example of Botswana, which is hosting the meeting as Chair of the KP, Mr. Asscher said “it is the shining example of how the good fortune to be home to diamond deposits can be properly leveraged to achieve substantial economic and social development for all of a country’s citizens. Ultimately, is that not what we are committed to in the Kimberley Process?”

Since diamonds were discovered in Botswana in 1967, he said, the country’s GDP per capita grew at an average of 5.9 percent per year, the third highest rate anywhere in the world over the past 55 years.

While the WDC was heartened by progress made in 2021, when the KP Plenary ratified the Declaration for Responsible Sourcing of Rough Diamonds in the Supply Chain, including human rights requirements, more is yet to be achieved. “We believe more work is required to reform the KP and have been candid about what we consider to be shortcomings of the KP. Most critical is the narrow definition of ‘conflict diamonds,’” he stated.

The diamond industry, which is acutely attuned to sentiments related to responsible sourcing in the consumer markets, cannot chose a path of inaction, Mr. Asscher continued.

“At present we see a strong growth in industry solutions launched to support the traceability of rough diamonds from the mine to the consumer. I predict that the strong and fast development of these systems, often using blockchain technologies, will lead to a downgrading of the Kimberley Process Certification Scheme (KPCS), leading to a two-tier market for rough diamonds, about which I have warned frequently.”

“One of the advantages of such proprietary systems is the total elimination of conflict diamonds from their supply chains,” he said. However, he warned, the great disadvantage will be that the systems will not be accessible for all companies, and thus could lead to the exclusion of certain mining areas, and even certain producing countries. It also will exclude players in the midstream who cannot find entry to such systems.

Let us not forget for one moment that the natural diamond has competition in the marketplace, most notably from laboratory-grown diamonds, said Mr. Asscher. But, he stressed, from the perspective of social and economic development, natural and laboratory-grown diamonds are significantly different. “Laboratory-grown goods provide no economic and social benefit to nations or their people,” he said. “Their sole benefit is to a few shareholders.”

“While the WDC is politically neutral, it is not morally apathetic,” said the WDC President. “We are deeply concerned for the safety of those affected by conflicts such as in the Ukraine and the Central African Republic. We are an organization dedicated to the eradication of conflict and the pursuit of human rights and dignity. We, therefore, pray that peace is restored as soon as possible.”

“As a KP Observer, representing the entire diamond industry value chain, the WDC remains committed to the Kimberley Process, especially as we know first-hand how diamonds do good to communities when managed properly,” noted the WDC President.

Download a full transcript of the WDC President’s address

Capping out an unusually challenging year, both unprecedented and unanticipated