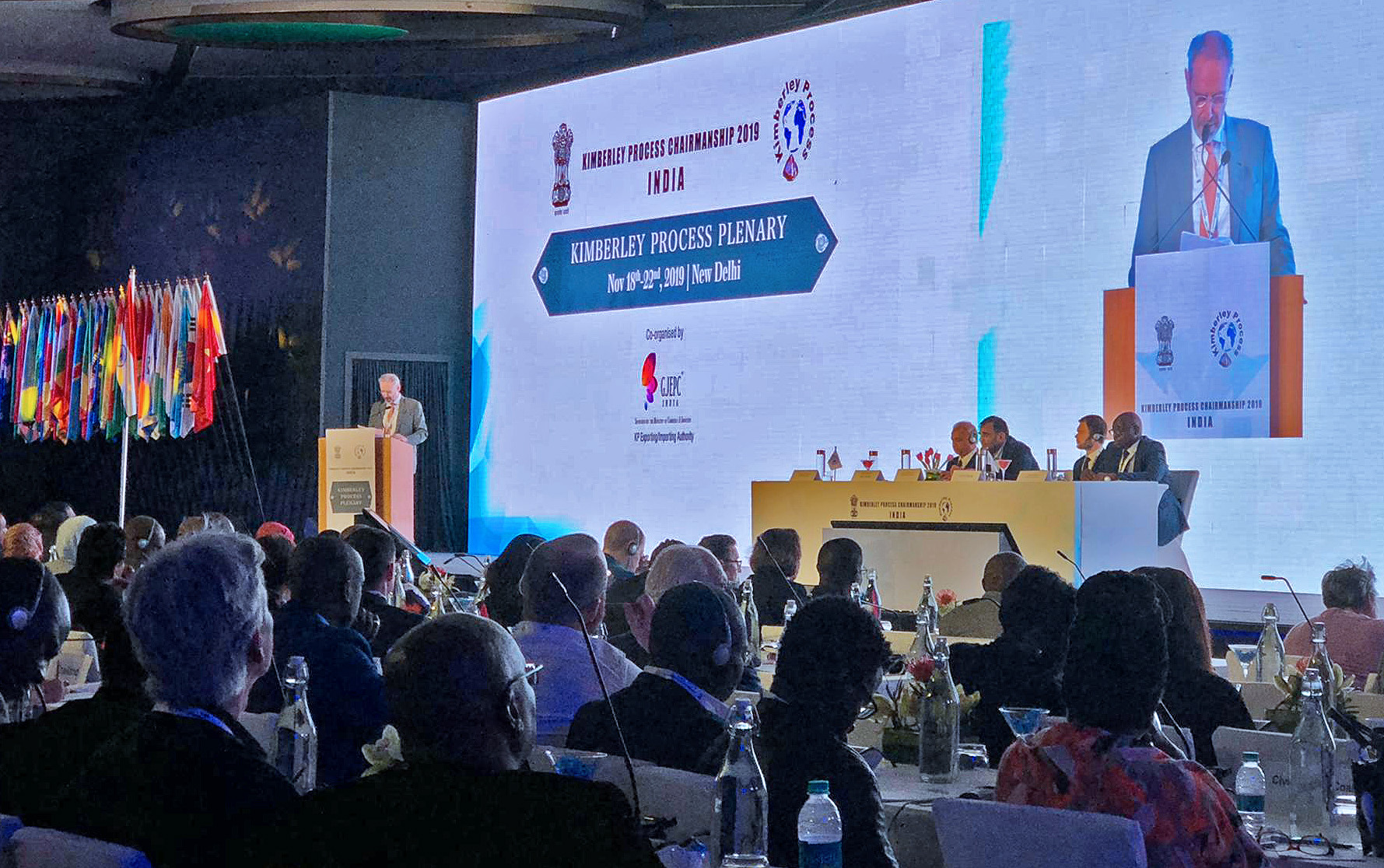 Speaking directly to government representatives at the start of the 2019 Kimberley Process (KP) Plenary Meeting in New Delhi, India, on November 18, Stephane Fischler, President of the World Diamond Council (WDC), has stated that, with the KP’s three-year reform and review cycle about to end, the governments alone hold the future of the Kimberley Process’ much anticipated reform agenda in their hands.

“I strongly believe that the future relevance of this remarkable enterprise, the Kimberley Process, will be determined by the decisions taken by you, member countries, and possibly those that will not be taken during this week in New Delhi,” he stated. “Lives and livelihoods of individuals who rely on the work that we do together will be impacted by both your actions and inaction.”

“The WDC has been candid in what we would like to see happen, and it is that the conflict diamonds definition should incorporate all of the most severe instances of violence, whether they be carried out by rebel forces, private or state-run security forces, or criminal elements,” Mr. Fischler said. However, he noted, the WDC understands that the KP, although tripartite, particularly through its consensus decision-making system, requires a political process.

Industry took its own steps in 2018 when the WDC Board of Directors approved a new System of Warranties, a compliance system that goes beyond the scope of the KPCS. It includes the implementation of universally accepted principles on human and labour rights, AML and anticorruption.

“It is in the collective interest of all participants in the KP that all KP certified rough diamonds meet the standards and expectations of the market.”  Mr. Fischler continued to underline that, “within our area of influence we have a duty to care, and to consider long-term solutions that will protect our most vulnerable stakeholders.  This is what we need to do together in New Delhi.”