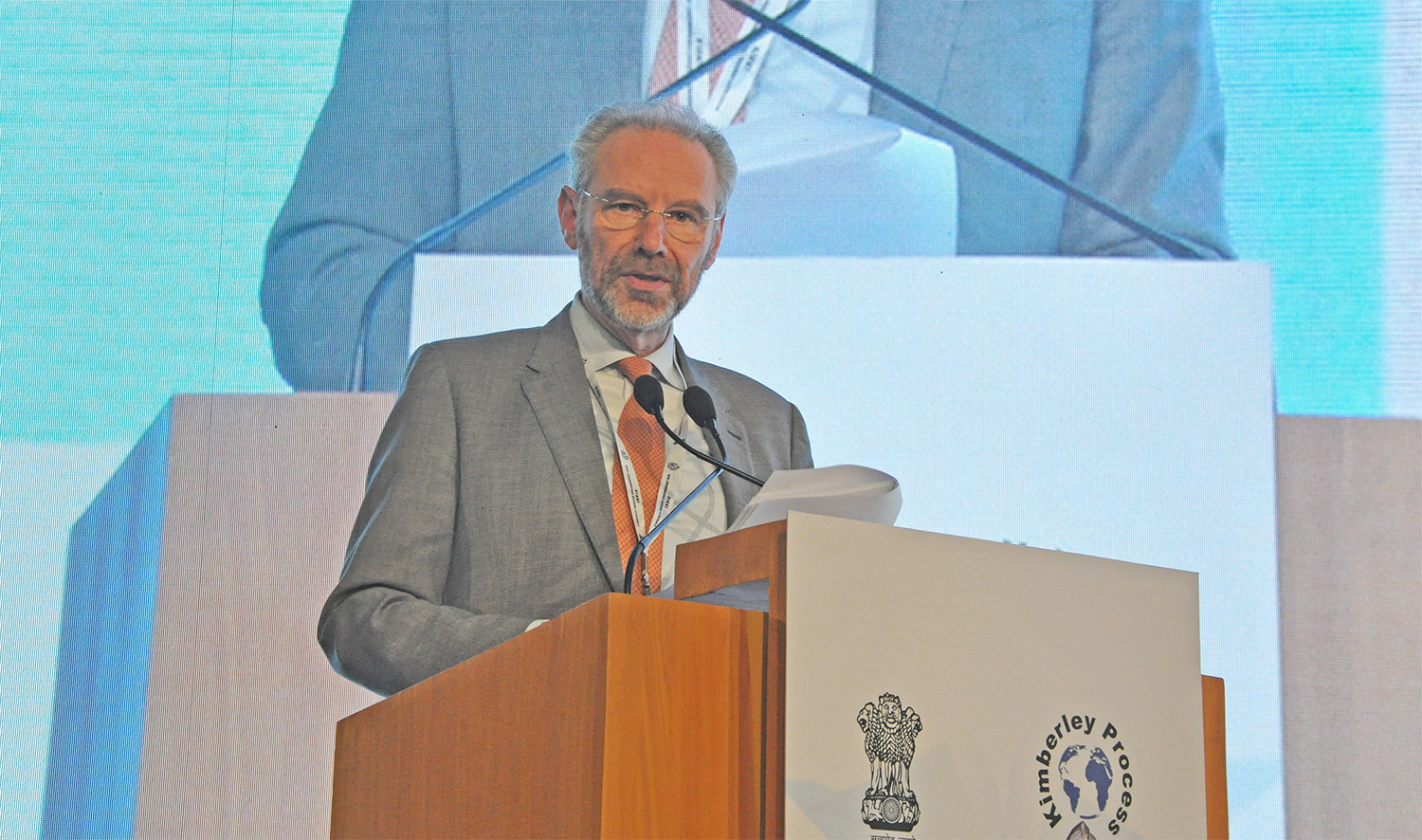 Despite progress made with capacity-building programs for the artisanal mining sector and KP’s approach to Central African Republic exports, the WDC will continue to advocate for the strengthening  of the scope of the Kimberley Process, following the inability to achieve consensus at the KP Plenary.

The World Diamond Council (WDC) reiterated its commitment to continuing to advocate for change after government representatives failed to reach consensus on a strengthened scope for the Kimberley Process (KP) during the 2019 KP Plenary in the Indian capital.

“While the KPCS continues to fulfil an important function, the failure of the political process to achieve consensus was a missed opportunity to enhance the effectiveness of this foundation stone of integrity in the diamond business. The KPCS has been an absolutely critical element in maintaining peace in producing countries through increased traceability of rough diamond trade, and we must redouble our efforts to strengthen its impact,” said WDC President Stephane Fischler. “About 95 percent of the rough diamonds produced by value are mined by a handful of large industrialized mining companies, almost all of which have implemented compliance systems that go beyond the scope of the KPCS. These all require observance of the WDC’s System of Warranties (SoW), which was expanded in 2018.”

As recognized in the KP core document, the SoW is designed to facilitate full traceability of diamond transactions by government authorities. This is achieved by requiring all B2B sellers of rough diamonds, polished diamonds and jewelry containing diamonds to include a statement on the invoice or memo document that the goods being sold are in compliance with the KPCS.  Importantly, the updated SoW, which also was endorsed by this session of the KP, moves significantly beyond the KPCS, by including a commitment by companies to adhere to WDC Guidelines, which expressly reference international conventions relating to human and labor rights, anti-corruption and anti-money laundering (AML).

“While we advocated hard to strengthen the scope of the KP, we simultaneously strengthened the SoW, which is a powerful tool that is already applied by industry, to ensure consumer confidence both within the KP and independently,” said Mr. Fischler.

During the meeting in New Delhi, following a proposal by the US delegation, the KP Plenary agreed to restructure the operational framework system created for the Central African Republic, while maintaining the current strict monitoring of exports.

“We support the objectives of this change in policy,” said Mr. Fischler, “which is to encourage an increase in legal exports from CAR, as well as improve  the efficiency of the system. As this process will shift some of the burden of verifying the provenance of the goods to the importers in the trading centers, we will soon be issuing guidance in this respect for the industry.”

The WDC expressed its support for new KP-related community development projects reported on during the Plenary Meeting. It noted that they are excellent examples of the organization’s capacity to expand beyond its original mandate as mainly a preventative mechanism, to also being a facilitator of reconstruction and renewal in countries that were or still are afflicted by conflict.

One such project is the EU and German-funded “Mano River Union (MRU),” which supports KPCS implementation in Cote d’Ivoire, Guinea, Liberia, and Sierra Leone, preventing cross-border smuggling as well as capacity building in artisanal mining communities. The same regional approach is  currently being considered for countries in Central Africa. Another is USAID’s “Artisanal Mining and Property Rights (AMPR)” project, which addresses development challenges in the ASM sector in the Central African Republic, while improving compliance with KPCS requirements.

“These innovative national or regional programs complement a growing number of grass-roots capacity-building being carried out by industry, including WDC member companies and organizations,” said Mr. Fischler. “The KP should not only be judged by what it prevents, but also by what it is able to facilitate. Peace-making and nation-building are both part of its legacy, and it is vital that it uses all avenues at its disposal to achieve these goals.”