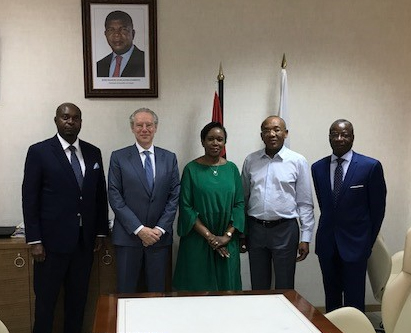 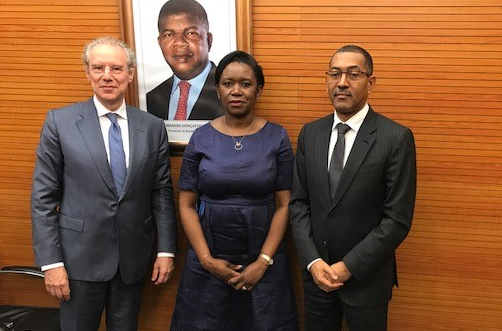 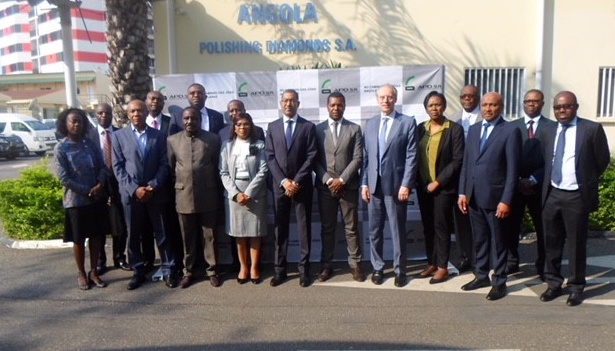 World Diamond Council (WDC) executives traveled to Angola last week for a series of meetings with stakeholders involved in the Kimberley Process (KP). WDC Acting President Stephane Fischler and Executive Director Marie-Chantal Kaninda made the trip at the invitation of Angolan authorities, marking the first time there has been a WDC mission to Angola outside of a formal KP meeting. The meetings are part of a larger effort by the diamond industry to raise awareness of the challenges and opportunities for African countries as part of their participation in the KP. The trip follows a meeting in Antwerp earlier this year between the WDC, the Antwerp World Diamond Center (AWDC) and the President of Angola. The WDC also recently completed a visit with KP stakeholders in the Democratic Republic of Congo.

An estimated 60 percent of the world’s diamonds are sourced from African countries. In Angola, diamonds are the country’s second-largest export. For the whole of 2017, diamond exports brought in gross revenues to Angola of USD $1.1 billion.

“With diamonds being such a critical part of African economies, I cannot underscore enough how critical it is to listen and engage directly not only to help reach a more sustainable global diamond industry, but one that brings back to local communities the social and economic benefits they rightly deserve and ensures fair income for African governments and their trading partners,” said Stephane Fischler, Acting President of the World Diamond Council. “This mission is yet another example of our commitment to this process and to fulfilling the duty of care we all owe to local communities where diamonds are produced as well as to global consumers.”

While there, Mr. Fischler and Ms. Kaninda met with H.E. Diamantino Azevedo, Angola’s Minister of Mineral Resources and Petroleum.

At the invitation of the Minister of Mines, the visit included a tour to an Angolan diamond polishing factory.

One-on-one discussions with KP stakeholders focused on the ongoing reform of the KP, including the challenges and opportunities related to the scope of the definition of conflict diamonds.

WDC and Angolan stakeholders discussed at length the important efforts underway today in Angola to formalize the artisanal mining sector. This effort is part of the country’s strategy to improve its position globally in the production and commercialization of diamonds.

Artisanal mining is an area of heightened focus globally. Though it only represents 20 percent in volume of overall diamond production worldwide (80 percent the result of industrial production), it is the area where the most progress is yet to be made with respect to safety, security and fair wages for diamond miners and their families.

In this context, challenges linked to local and regional realities were shared as well as ideas and opportunities for solutions, such as the Regional approach led by the KP Working Group on Artisanal and Alluvial Production.

Discussions concluded with broad support from the Angolan representatives for reform of the KP process, as well as support for the establishment of the KP Permanent Secretariat.

“We are very happy with the success of our visits to both the Democratic Republic of Congo and now Angola,” Ms. Kaninda said. “There was strong support from the parties we met with and we feel that there is a recognition for the need for progress right alongside us. We are encouraged by the open and honest character of the discussions and thankful for the warm and generous hospitality. As we begin to plan more visits with other African governments to raise awareness around ethical artisanal mining production, I am confident that together we will achieve the goals of improved prosperity for diamond producing nations, communities and citizens.