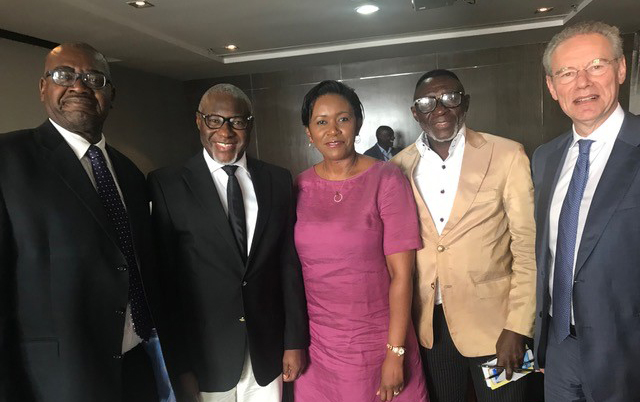 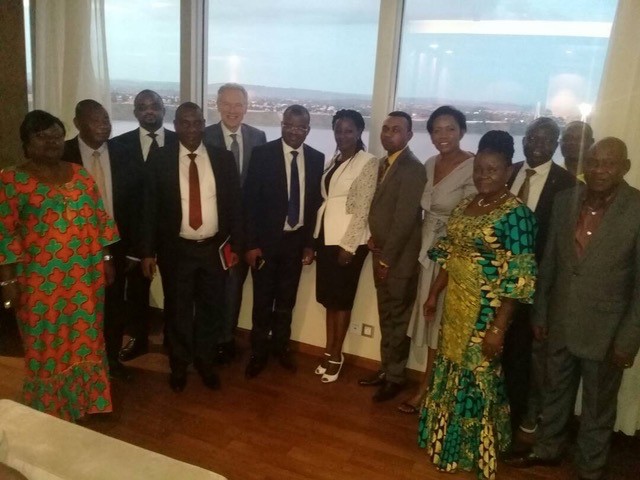 Stephane Fischler and Marie-Chantal Kaninda with the WGAAP chair and the CEEC team.

Stephane Fischler, acting president of the World Diamond Council (WDC) and Marie-Chantal Kaninda, executive director of the WDC, traveled last week to the Democratic Republic of Congo (DRC) to meet with key stakeholders involved in the Kimberley Process (KP). Fischler and Kaninda met with the chair of the Working Group on Artisanal and Alluvial Production (WGAAP), the Minister of Mines, the Center for Evaluation, Expertise and Certification (CEEC) chair, deputy chair and team, the Diamond Development Initiative (DDI), DRC civil society members and mining companies, cooperatives and exporters. Separate meetings were held with the ambassadors from the European Union and Canada. Fischler and Kaninda also visited embassies of the countries involved in the KP, the Department for International Development (DFID), World Bank and UN Women.

“We personally meet with parties involved in the Kimberley Process because it is crucial to have these interpersonal interactions and hear the opinions of stakeholders as we work through the KP reform process. It is a process that requires time and discussions with both those that are impacted and those that implement the Kimberley Process in their countries. These productive discussions help us identify where progress is being made and where there remains room for necessary improvement,” Fischler said.

The meetings primarily focused on two topics: the support from the DRC in regard to KP reform and establishment of the Permanent Secretariat, and the process of formalization, registration and traceability of the artisanal miners in the DRC. All the local actors praised the very successful formalization drive by the DDI that has resulted in 200,000 artisanal miners so far being registered with the support of the Ministry of Mines.

Outcomes from these discussions were positive and brought to light improvements that should be highlighted, as well as challenges that continue to exist. A new mining code, “Code Minier,” has been enacted in the country and greatly improved provisions in favor of artisanal mining. The main challenge being tackled now is improving working conditions for the artisans within traceability standards as proposed by the DDI and involving the miners’ communities in further discussions on the future of diamond mining in the DRC.

“The DRC government and mining agencies recognize the importance of working to formalize the artisanal miners and expressed commitment to improving traceability, for which their efforts merit recognition,” Kaninda said. “Our discussions were extremely valuable and we look forward to continue building these relationships and participating in similar meetings with stakeholders in Angola later this summer.”