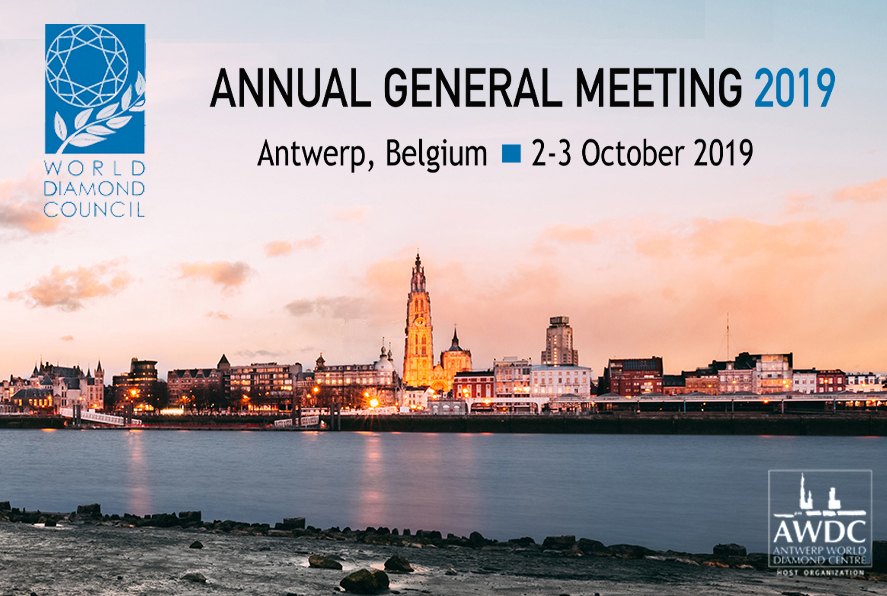 Members of the World Diamond Council (WDC) will be traveling to Antwerp, Belgium, for the organization’s Annual General Meeting, scheduled to take place October 2 and 3, 2019. The yearly gathering of the WDC membership will provide the opportunity to review the position of the diamond and jewelry industry regarding the Kimberley Process Certification Scheme, less than two months before the KP ends its current reform and review cycle.

The 2019 WDC Annual General Meeting is being organized by the Antwerp World Diamond Centre (AWDC), which during the evening of October 3 will also host a gala dinner for participants, members of the local diamond industry, representatives of government and the European Union, and members of the diplomatic corps.

The official venue of the AGM on October 3 will be the DIVA Museum in Antwerp’s historic old city, which is the world’s largest such facility dedicated to diamonds and jewelry crafts. The WDC’s Board of Directors will meet on October 2 at the AWDC headquarters on Hoveniersstraat in the city’s Diamond District, and the gala dinner will take place the following evening at the nearby Antwerp Diamond Bourse.

“The WDC has played an active role in the KP’s review and reform process, which is now in a critical phase,” said Stephane Fischler, the organization’s president. “The AGM will allow our officers to provide a status report to the members, and for us to discuss together how we move forward. It also will provide an opportunity to look at the tools that are being developed to implement the expanded WDC System of Warranties, which was approved last year.”