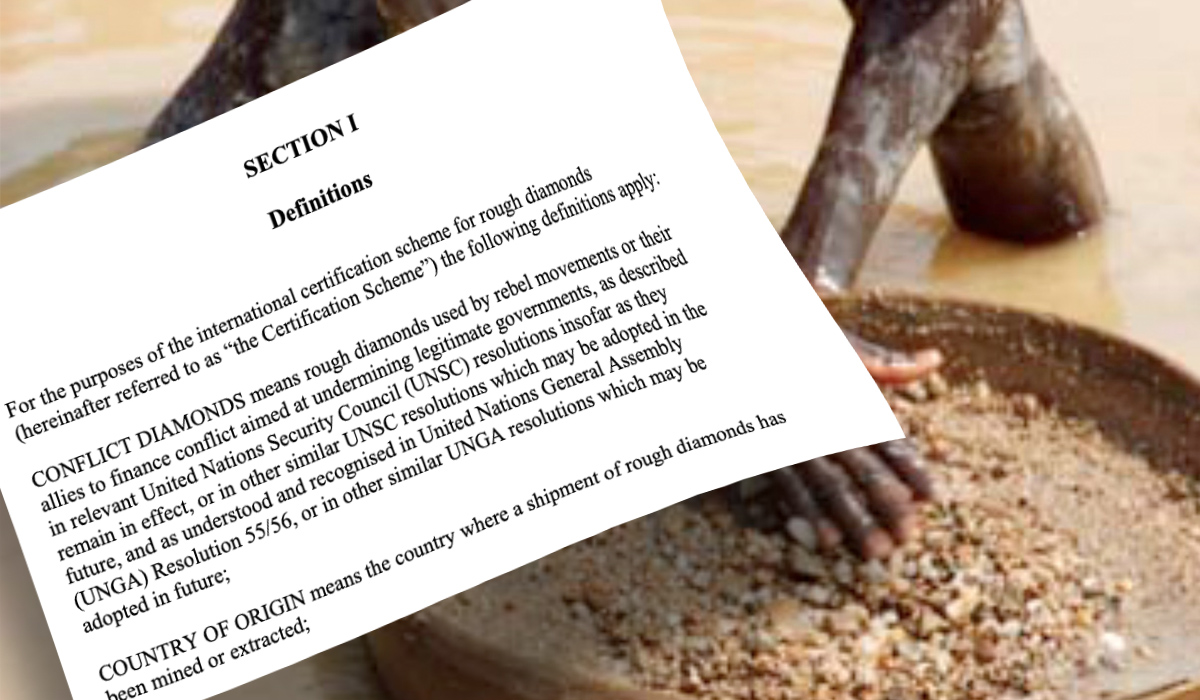 The World Diamond Council (WDC) and the Civil Society Coalition (CSC) voiced their strong support for an expanded definition of conflict diamonds at the launch of the 2018 Plenary Session of the Kimberley Process (KP) in Brussels, Belgium. The proposal, put forward by the government of Canada, looks to strengthen the scope by expanding the KP’s official definition of what constitutes conflict diamonds.

The proposed change would expand the scope beyond rough stones that finance wars against governments, and supports the industry’s drive in protecting consumer confidence in diamonds and the value chain, as reflected by the System of Warranties (SoW) reforms recently launched by the WDC. The reforms require all industry participants to respect human rights in accordance with the UN Guiding Principles on Business and Human Rights, as well as encourages stronger industry understanding about the Organisation for Economic Co-operation and Development (OECD) Due Diligence Guidance.

More specifically, the proposal would expand the definition to include “rough diamonds used by public security forces or private (including criminal or mercenary) armed groups to acquire wealth through the illegal control, bribery, taxation, extortion or dispossession of people.” It would also include rough diamonds “acquired through systematic and widespread violence, forced labor, the worst forms of child labor, or through violations of international humanitarian law.”

The WDC also voiced its support for a declaration of principles for responsibly sourced diamonds proposed by the United States Government, covering human rights, community development, health and labor standards, environmental impacts, and the combatting of corruption, terrorism and organized crime. Such a statement, which recognizes and builds on standards and commitments that have already been endorsed by countries and industry organizations that represent major stakeholders in the diamond supply chain, is being put forward as another element of a strengthened KP.

In his speech to the KP Plenary on the opening day, WDC President Stephane Fischler urged support for these proposals. “This is a tremendous opportunity for us, through the KP process, to make a difference in the lives of people residing in some of the most challenged diamond-producing nations around the world.”

Its backers intend that the proposals will be the focus of discussions at Plenary this week on strengthening the scope of the Kimberley Process. It has been recommended that a phased implementation approach be adopted, to provide KP participants adequate time to adopt the new conflict diamond definition.

The proposals were drafted using inputs submitted earlier this year in a meeting held by KP Participants in Pretoria, South Africa, and concepts drafted by the European Union, the Civil Society Coalition and the WDC.